The Florida Keys have long attracted America’s snow-sick with the allure of warm winter weather. It’s true, this southern archipelago is sensationally sunny during the snowy season—but that doesn’t mean a winter trip is without a few woes. Every season in the Keys has its pros and cons that need to be considered. What is the best time to visit the key? We have researched when we set out to plan our own trip to Florida, so we're sharing the answers here.

Experts agree that spring is generally considered to be as the best time to visit the Florida Keys. Guests who travel during this season will avoid the high costs of visiting in the winter and enjoy the benefits of comfortably warm temps. Plus, spring is outside of Florida’s hurricane season, so you won’t have to worry too much about the weather. 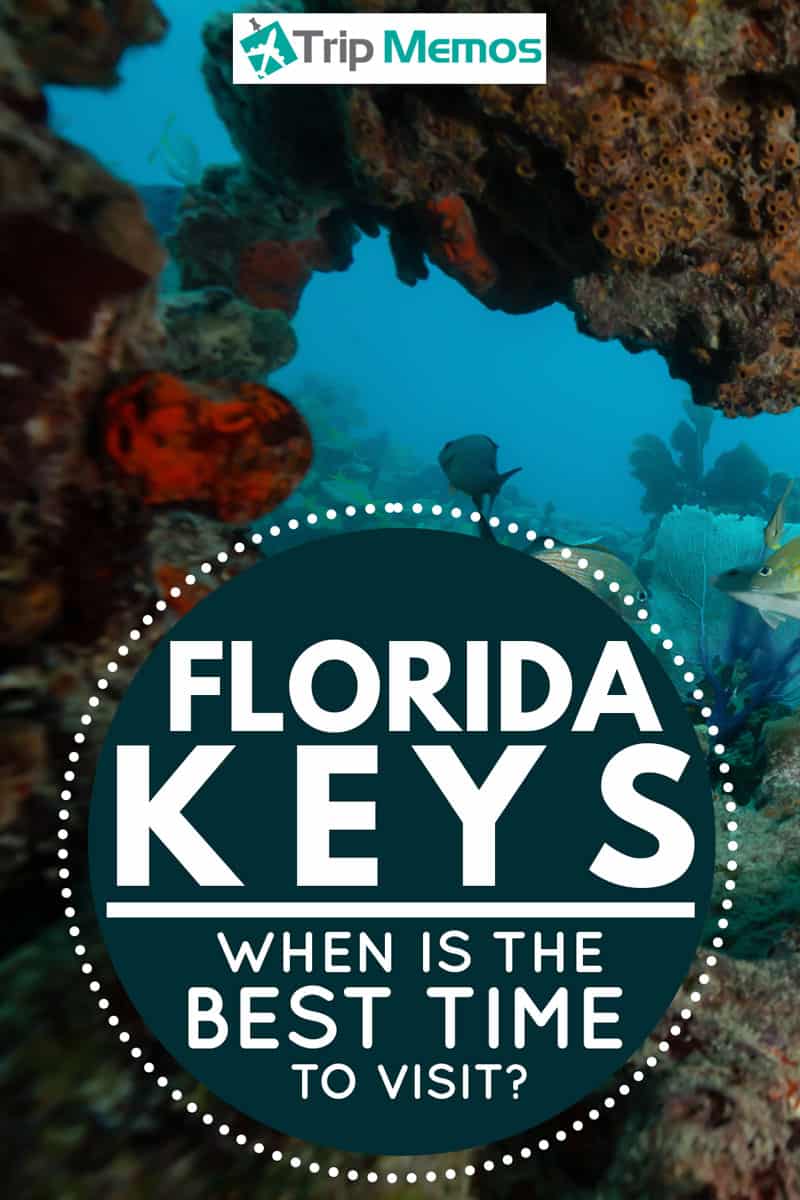 While spring is our overall pick for the best time to visit the Keys, it might not be the right time for you. Please read through the info below to find out more specifics on timing your Keys vacation. As for us? We'll be there in mid-March, so spot on with the recommended season! Yay for our trip!

And if you're going to the Keys, you may want to bookmark our guide with the top 66 Florida Keys attractions (at least based on our family's preferences).

General Considerations On When To Visit The Keys

In this section, we’ll share our pick for the best month to visit the Keys as well as general weather and cost considerations. Below, you’ll also find out how to avoid Florida’s hurricane season and specific tips on visiting Key West.

What Is The Best Month To Visit Florida Keys?

No matter what you’re interested in, it’s hard to go wrong with an April vacation in the Keys. All of the winter crowds have dispersed by this time, which means you won’t have to contend with crowds, high airfare, and high hotel fees. April is also well before Florida’s annual hurricane season.

If you do travel to the Keys during April, expect comfortable temps between 70°F – 80°F and annual precipitation only around 2 inches. Other benefits of visiting during April include clear waters for snorkeling and a few fun festivals like Key West’s Conch Republic Independence Celebration.

What’s The Average Weather In The Florida Keys? 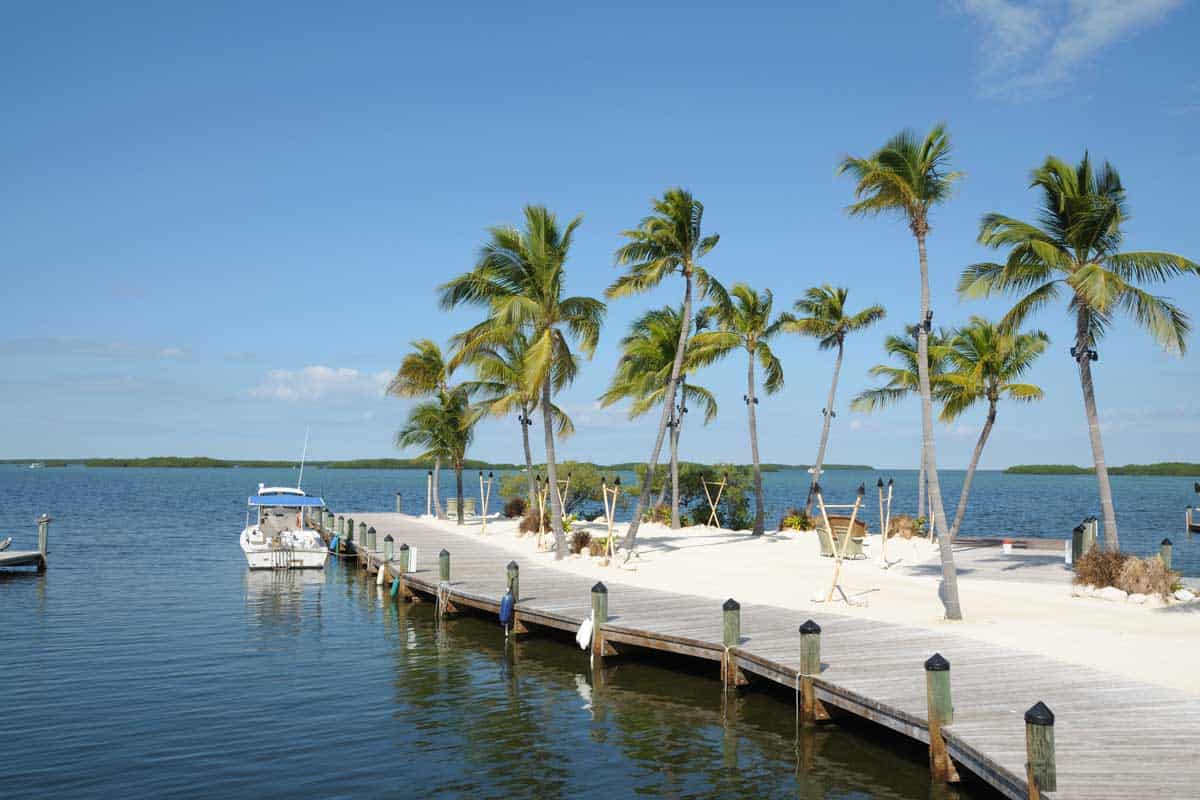 The Florida Keys are hot all year round with average daytime highs at about 80°F and lows in the 70s. So, even if you’re visiting the Florida Keys in the winter, you’d better pack sunglasses and sunscreen. You’d better take a quick peek at our guide to packing for a Florida trip before planning your vacation.

Of course, the heat you’ll experience in the summertime is far more intense than during the winter. Summer highs can easily reach the 90°F mark with very high humidity. Winter, on the other hand, is far more comfortable with daytime highs around 75°F and the lowest chance of precipitation.

Both the spring and autumn typically experience highs in the 80s and lows in the 70s. The closer you are to summer, the higher the chance you’ll encounter rain during the spring or fall.

What Is The Coldest Month In Key West?

With daytime temps in the mid-70s, January is the “coldest month” to visit Key West. Although temps could dip into the 60s at times, they will rarely be any lower than that. With temps like these, is it any wonder Key West’s hottest season is also its coolest?

What Is The Rainy Season In Key West?

Interestingly, South Florida is the only place in the USA that’s officially classified as a “tropical maritime climate.” Like most other areas in this zone, the Florida Keys only have two seasons: wet and dry.

Rainy season in Key West starts in May and runs through October. Typically, the wettest months of the year are June, August, September, and October, with average precipitation totals of between 4 – 6 inches. Both May and July usually experience moderate rainfall with about 3.5 inches every year.

During the dry season (December through April), of course, chances of rainfall are significantly diminished. Monthly rainfall rates between December and April are rarely above 2 inches.

When Is Florida’s Hurricane Season?

Florida’s hurricane season officially begins at the start of June and stops at the end of November. Although hurricanes can appear at any moment in this timeframe, the most dangerous time of year is from August till September.

To learn more about hurricane season and other safety risks, be sure to visit our previous post entitled “Is Florida Safe To Visit?”

What Is The Cheapest Time To Go To Key West?

The cheapest time to visit Key West is also the riskiest: hurricane season. Most tourists don’t want to be stuck on an island with the ever-present threat of a hurricane.

But it’s not just the hurricane risk that drives hotel prices down. Other negatives of visiting during this season include uncomfortable humidity levels, high temps, and an increased chance of rain.

Special Considerations For Visiting The Keys

Now that you know the basics of visiting the Keys, it’s time to take a closer look at specific activities. Those who are interested in the optimal seasons for snorkeling, wildlife viewing and Keys festivities will find loads of info below.

What’s The Best Time To Snorkel In The Florida Keys? 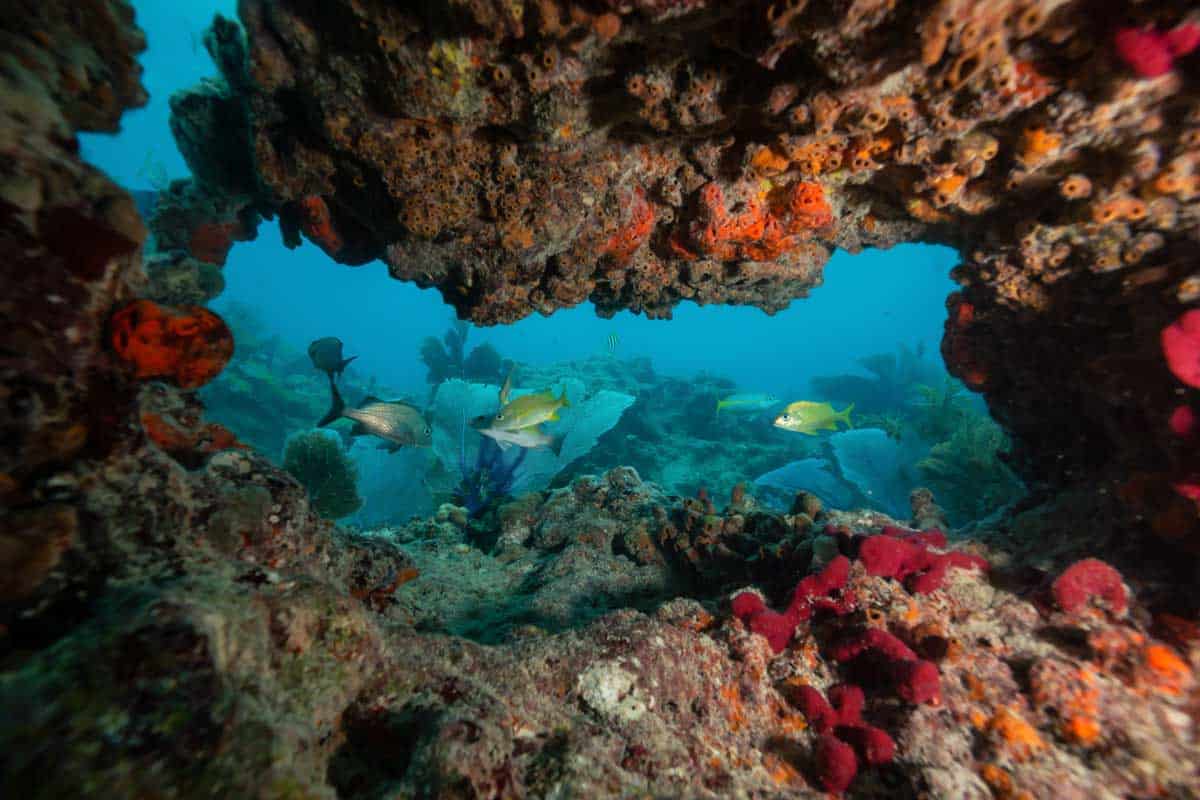 When it comes to snorkeling, May is generally considered the premier month to visit the Florida Keys. As already mentioned, tourists who visit in the spring don’t have to worry about exorbitant hotel fees, hot temps, or huge crowds. For snorkelers, May is a superb month because it’s far from hurricane season, not super windy, and the water tends to be extra clear.

For those who can’t book a May trip, the next best option would be months like February, March, April, and November. All of these months are also outside of the dangerous hurricane season and the crowded winter season.

If you are dead-set on snorkeling in the Keys during the winter, then be sure to read through this TripMemos post on wintertime swimming in Florida.

While seeing life “under the sea” is a crucial Keys attraction, don’t forget about all animals above ground. Believe it or not, there are at least 40 protected species in the Keys that you won’t find anywhere else in the world. 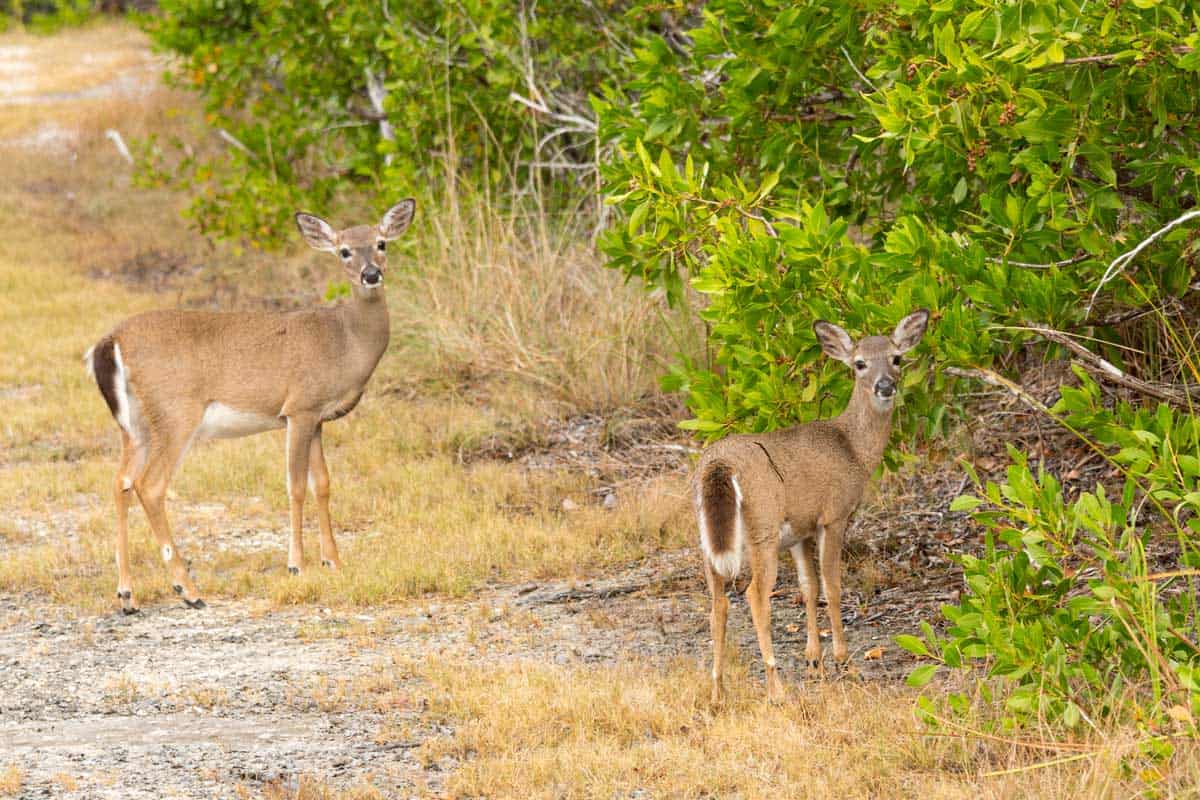 The Key deer is a smaller relative of the North American white-tailed deer in South Florida that almost went extinct in the mid-20th century. Although still classified as an endangered species, the Key deer are slowly growing in a few of the southernmost Keys.

Typically, you have a better chance of seeing Key deer on multiple southern Keys during the wet season, as it’s easier for them to travel around. During the dry season, however, they usually cluster on No Name Key and Big Pine Key. 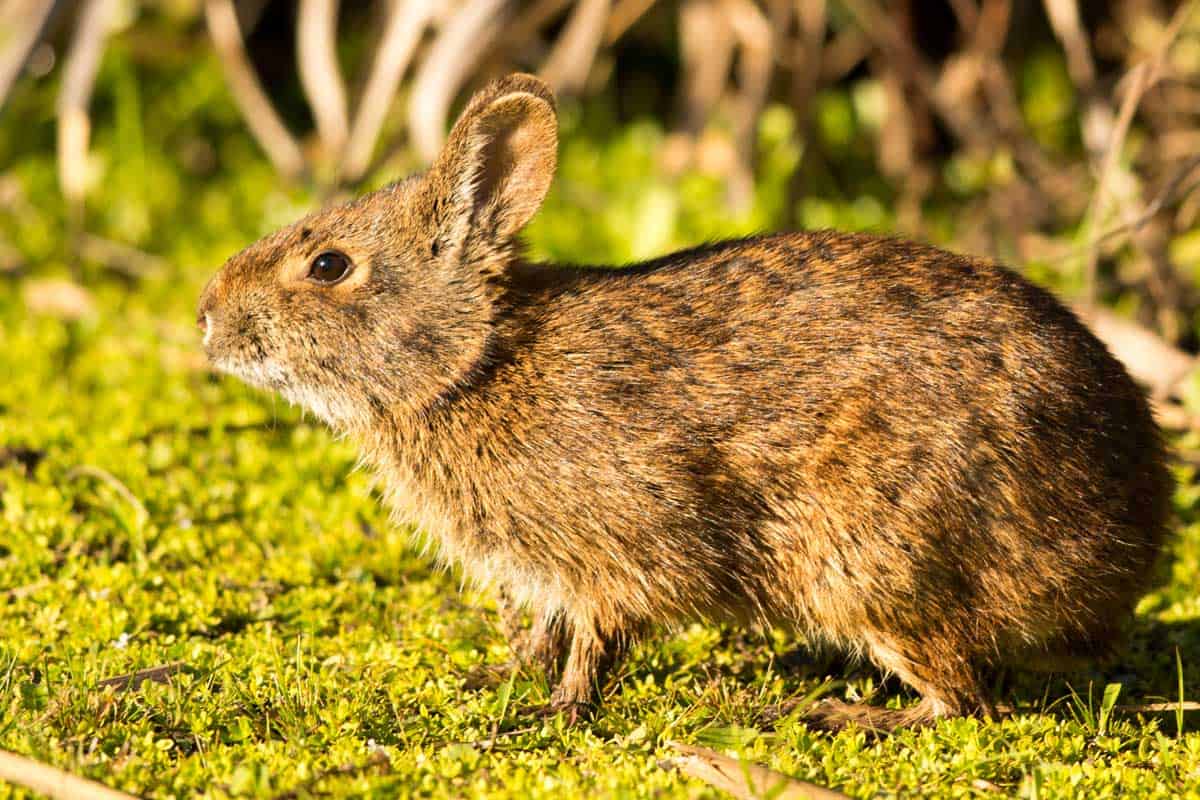 Another adorable endangered species in the southern Keys is known as the Lower Keys marsh rabbit. At an average length of 15 inches and a weight of 3 pounds, these cute critters are officially the tiniest marsh rabbits on earth. 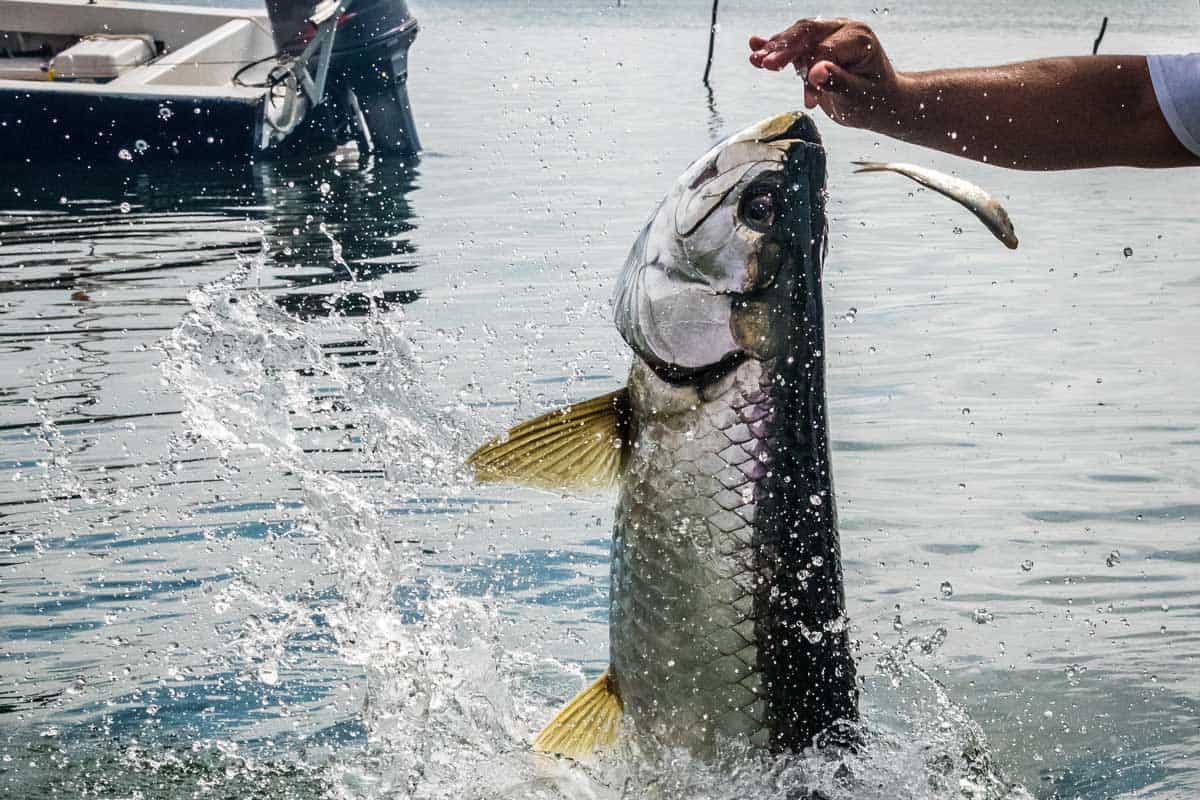 Another popular reason people visit the Keys is to take advantage of its fantastic fishing locations. One island in particular that gets a lot of sport fishing game is Islamorada.

Any fishing enthusiasts reading this piece should bracket off the months of May and June. The reason fishermen favor these months is that tarpon migration near the Keys is at its peak.

When you’re traveling through the Keys, every day feels like a holiday. There are, however, a few extra special days for those who want to experience the Keys’ creative culture.

Here are the times and links to some of the Keys’ most popular annual events:

What’s Your Best Time For A Keys Vacation?

Sure, spring certainly has its perks, but there are advantages to visiting the Florida Keys at other times. As with any destination, you have to find the time that suits your preferences. Hopefully, the info presented above has helped you choose the key month for an ideal Keys getaway. 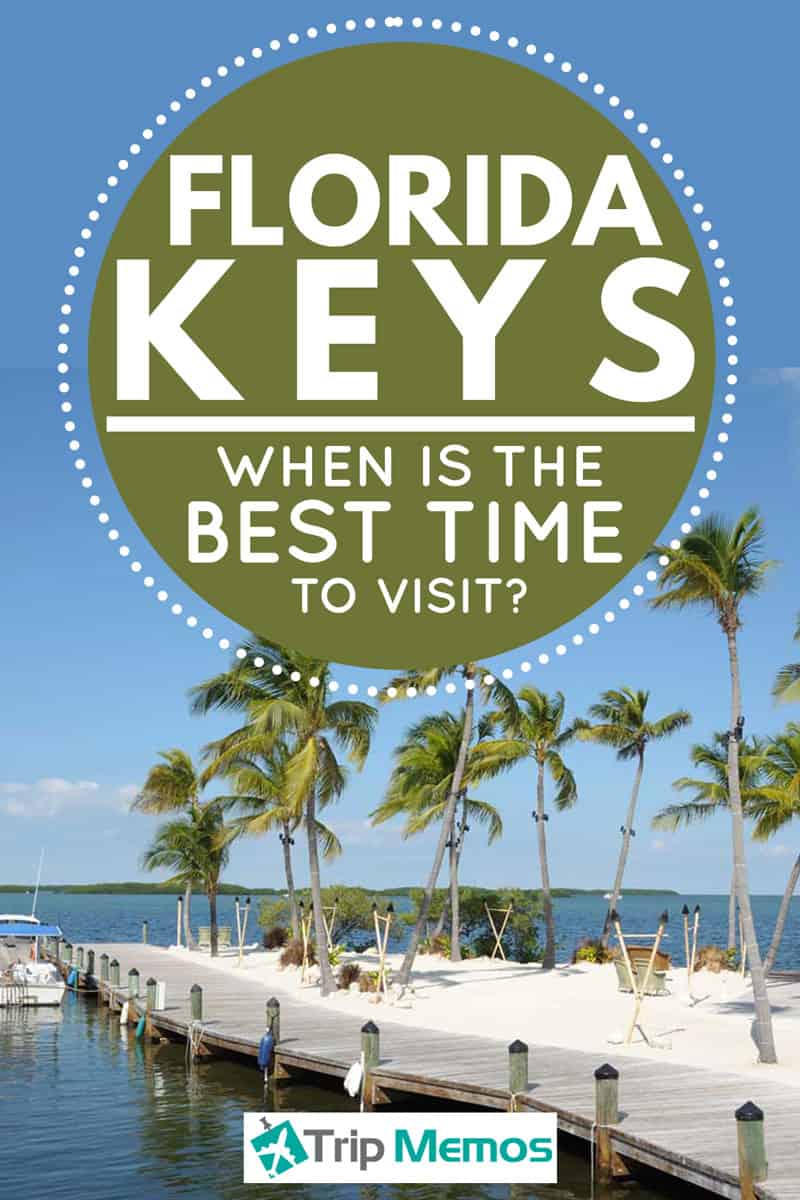 How Much Does a Trip to Orlando Cost? [Including Budgeting Tips For Families]