Pensacola is a quaint coastal town located on the Florida Panhandle. Spanish influences, a relaxing vibe, and a United States Navy military base draw in many visitors each year. But with so many activities and events bringing in crowds, many people wonder what the best time to visit Pensacola is? With a thorough look at weather conditions, temperatures, and events, here's everything you need to know.

Excessive crowds, hurricanes, rainy weather, and extreme heat are all elements that can make any vacation less than perfect. In this guide, you'll learn when the best time to visit Pensacola is if you want to avoid any of these elements and get the most out of your trip. 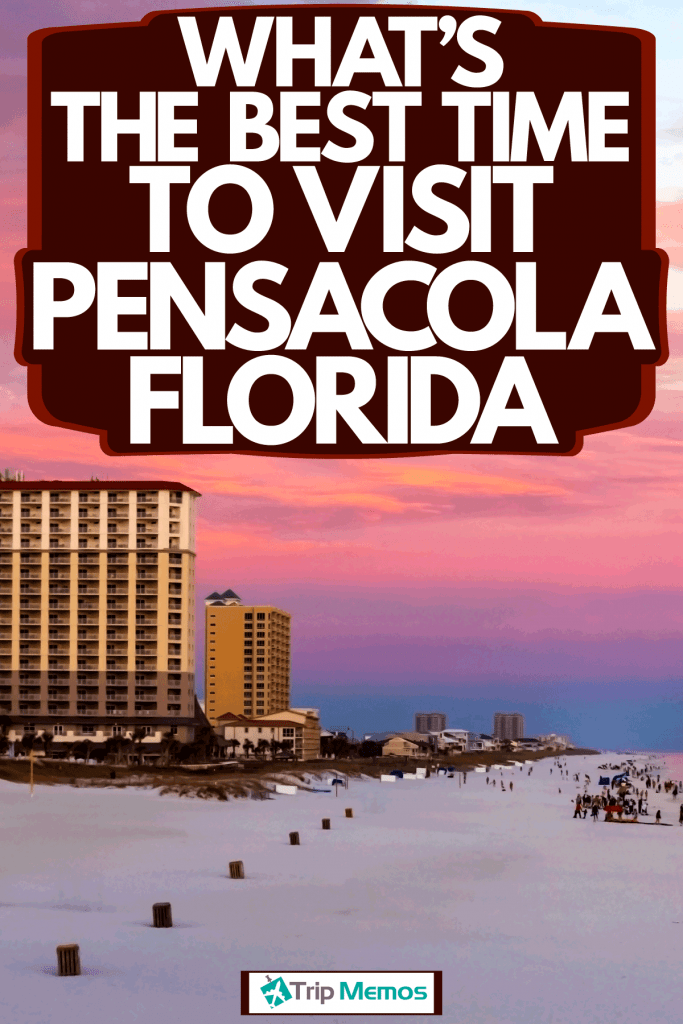 What is the Rainiest Month in Pensacola?

Being a coastal town, Pensacola is located near many beaches, including nearby Pensacola Beach. In addition, there are plenty of watersports, golf courses, and outdoor dining for you to enjoy.

As some people say, "A rainy day at the beach beats no day at the beach." But for others, rain can really put a damper on their plans. If your Pensacola vacation plans include spending extensive time outdoors, then the last thing you want is to be stuck indoors due to rain.

Being located in northern Florida, Pensacola is in a subtropical climate. That means that there's a chance you could see rain year-round. But with that being said, the summer months tend to be rainiest, particularly in July.

It's not uncommon to see a rain shower or even a storm every day starting in late May and running through September. However, the good news about summer rain showers in Florida is that a lot of them are short-lived. It could rain for 30 minutes and then be clear and sunny for the rest of the day.

When is the Driest Month in Pensacola?

Pensacola doesn't really have a definitive dry season. Some of the driest months tend to be October through December, as well as February and April. But of the dry months listed, visiting in April will give you the warmest temperatures and the best chance of seeing sunny weather.

When is Pensacola Beach Least Crowded?

For some people, the idea of a great vacation means that you don't have to deal with crowds. Shorter wait times at restaurants and attractions and that prime beach spot all lead people to want to visit places like Pensacola during the least busy time of year.

To avoid the crowds in Pensacola and Pensacola Beach, you will want to visit in the fall months of September and October. By this time, families who came in for spring break and summer vacation will have returned home.

By visiting during this time, you can still experience plenty of warm weather and sunny days. If you can be flexible with your trip plans, there are still a few warmer days in November as well where you can avoid crowds.

When is Pensacola Beach Most Crowded? 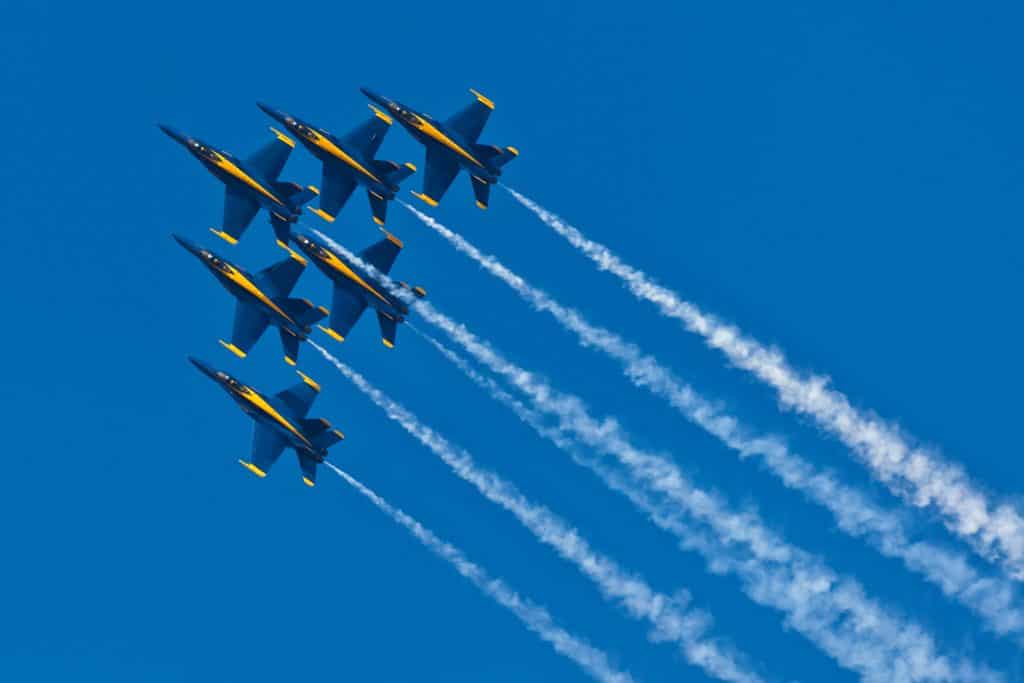 Memorial Day weekend, the Fourth of July, and Labor Day weekend in Pensacola are some of the busiest times of the year. But there is one event- the Blue Angels air show- that draws the biggest crowds to the Pensacola area.

The Blue Angels are a team of Navy pilots whose home base is in Pensacola, but they perform flight demonstrations all over the country. However, they always come home to Pensacola for a show around the second weekend in July.

The best spot to view the show from is Pensacola Beach, so the beach is pretty crowded during this particular weekend. In fact, there are so many people that come out to watch the show that the main public beach areas are standing room only. And that's if you can even find a spot at all. Of course, the beach clears out after the show, but that still leaves large crowds at hotels and restaurants.

The Blue Angels show is definitely a one-of-a-kind experience, but if you don't like crowds, you'll want to check out their show schedule and plan your trip around it.

What is Hurricane Season in Pensacola, Florida?

Pensacola sits on the Gulf of Mexico,  so the chance of a hurricane developing in the Atlantic Ocean is always a concern to visitors. It's important to know when hurricane season is so that you know whether or not to be flexible with your plans or change your trip altogether. The last thing you want is to go there and have to turn around and go back home.

However, it isn't uncommon for Pensacola to experience a tropical storm or hurricane weather at least once during the hurricane season. These storms can cause significant damage and injury, especially the closer you get to the beach.

Are There Advance Warnings for Hurricanes?

The good news is that hurricanes don't tend to sneak up as other summer storms do. The whole state of Florida keeps on top of hurricanes throughout the entire season because they are so common. You'll have at least a few days and sometimes even a week's warning of potential tropical storms or hurricanes before your trip.

The bad news is that if you don't postpone your trip because of a hurricane and decide to go anyway, then you may end up having to evacuate and go back home. Sometimes these evacuations are mandatory if the storm is severe enough. When evacuations happen, the highways can become quite crowded as everyone tries to leave.

No one wants to have to cancel the vacation that they've been waiting for. But they also don't want to go and end up having to leave, possibly losing money in the process. Unless you can be flexible with your plans to visit Pensacola, then you may not want to visit during peak hurricane season.

Does Pensacola Florida Get Tornadoes?

There is a chance that Pensacola could get tornadoes, as Florida is susceptible due to daily storms and hurricanes. With that being said, you're more likely to experience a tornado during late spring, when there are more storms, or during hurricane season in which tornadoes can form due to strong winds.

It's hard to plan a trip around tornados, but if you're concerned, then avoid visiting Pensacola during peak hurricane season, where the chance of tornados is higher.

Is It Warm Enough to Swim in Pensacola, Florida?

One of the main attractions in Pensacola is swimming at the beaches of the Gulf of Mexico and Pensacola Bay. Keep in mind that the temperature of the ocean will change with the seasons. The water will get warmer as temperatures rise, moving from spring into summer. With that being said, it is warm enough to swim in Pensacola from April to October.

However, the water will be warmer during the summer months around late May through early September when temperatures are warmer. Although you can swim in April and October, the water may still be a little chilly.

It's possible that you can catch a couple of warmer 70-80 degree days in March or November. You can beat the crowds, and the weather will be warm enough to swim, although the water may be cold. But the winter months of December through February are not a good time to swim in Pensacola, as both the water and air temperatures are too cold.

How Hot Does It Get in Pensacola, FL? 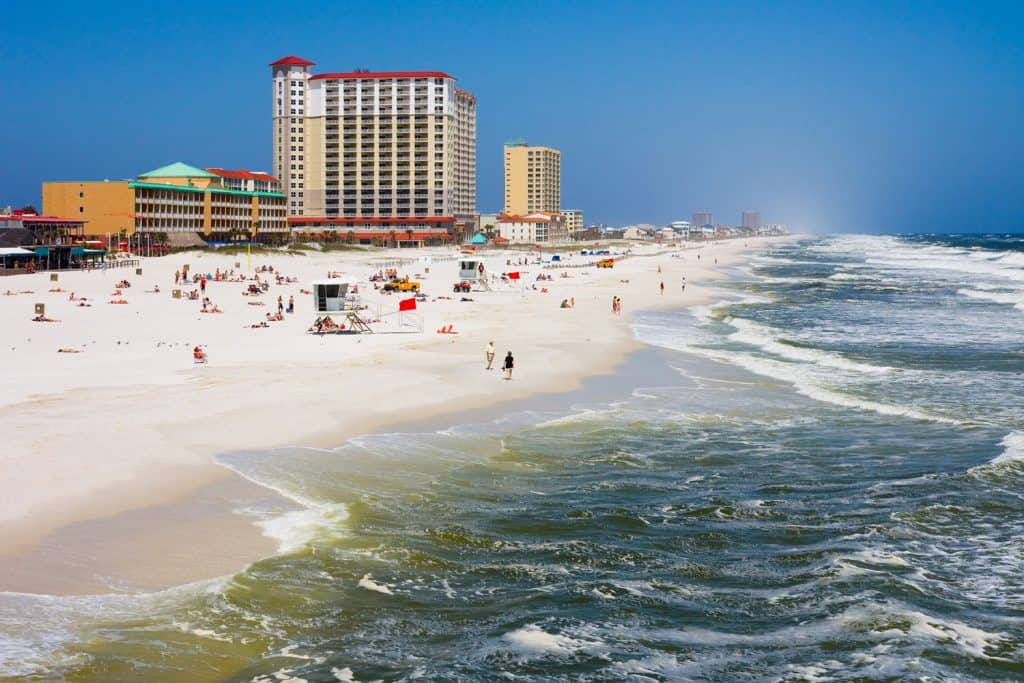 January is the coldest month. But even in January, it is very rare for temperatures to drop below freezing. July is the hottest month, averaging around 90 degrees during the day. However, it can feel much hotter due to humidity which can cause the heat index to reach over 100 degrees.

The subtropical climate, beautiful beaches, and plethora of things to do bring many visitors to Pensacola, Florida each year. September is the best time to visit to avoid excessive heat and crowds, but it is hurricane season during that time. So unless you can be flexible with your plans, April and May are just as good, although they’ll be a little more crowded. Thanks for reading!

To get ready for your Florida vacation, check out these articles for great tips!

What To Pack For A Trip To Florida

Is Florida Safe To Visit?

15 Queens Landmarks That You Should Visit