Having prepared our Alaska Bucket List and covered the points of interest along the Alaska Highway, it's time now to take an in-depth look at the "other road" that leads from the Lower 48 to Alaska: The Stewart-Cassiar Highway! 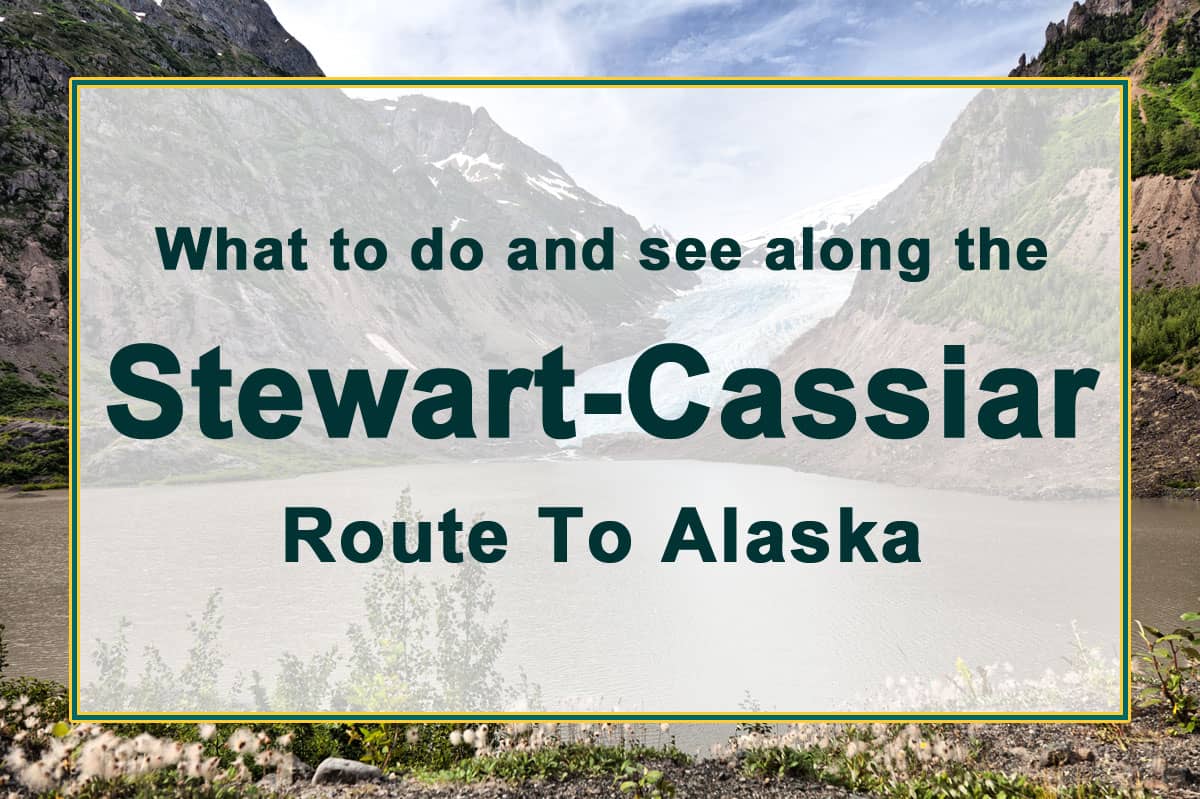 Important update! We finally took our big road trip to Alaska and back! If you're planning on doing the same, check out my super-detailed post about driving to Alaska. It discusses both the Cassiar and the Alaska Highway (we drove both!)

The Stewart-Cassiar Highway takes you some of the most remote places of British Columbia. Technically, it begins at the town of Kitimat, BC but if you're traveling from Washington state to Alaska, you'll probably be joining the Stewart-Cassiar Highway at Kitwanga. That's where the local bible of road atlases - aka  the Milepost - begins its description of this road too. 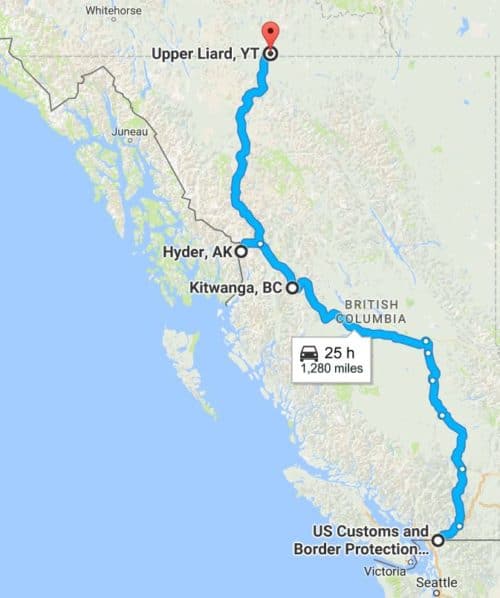 If you're using the Milepost, then the route covers in this post actually contain the following roads:

There are other ways to get to the  Stewart-Cassiar Highway but if you're coming from Seattle (as we would be), this is the shortest route. Also, we have already visited the Canadian Rockies and made the drive between them and Vancouver so this route makes more sense for us.

Here's our list of what to do and see along the way. You can view the locations on the Google map I prepared (embedded into this post towards the end).

The town of Hope is a great place for a first stop along the route with plenty to see and do:

The Fraser river is pushed through a narrow passage at this point, creating an impressive canyon. Best views are achieved by taking the aerial tram over to the viewing platform on the other side of the canyon.

What used to be a roadhouse on mile 100 of the Cariboo highway is now a small town where you stay when visiting Flat Lake Provincial Park or the 108 Mile Ranch Heritage Site.

One of the largest settlements in the Cariboo region, this town is a place to stop. You can visit the Museum of The Cariboo Chilcotin to learn more about the local First Nations people and the town's history or stroll through the trails or the Scout Island Nature Centre.

If you want to walk down a historic town street that captures the spirit of the Gold Rush era, then this is your chance. It is about an hour off your main route but hey, even the Milepost says you should do this.

With more than 70,000 people, this is the largest city in Northwest British Columbia. It also has a dubious reputation for having significant air pollution and being one of the most dangerous cities in Canada in terms of crime. I suspect the emphasis here should be on "in Canada". 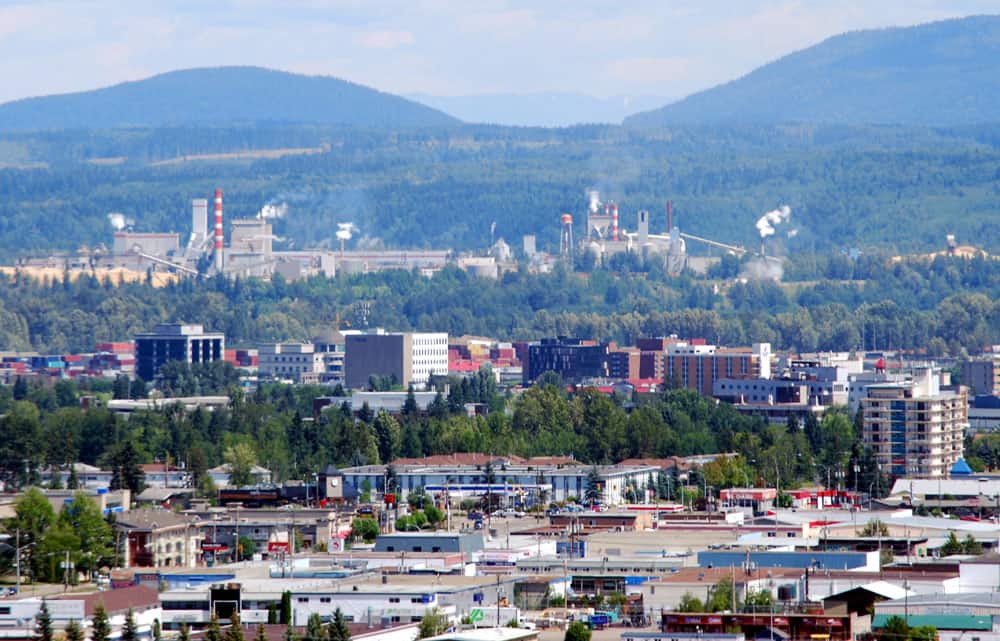 Things to do and see around Prince George include:

Nestled in the Bulkley valley between snowcapped mountains, Smithers is a great place for hiking and scenic drives. Twin Falls comes recommended as a hike. Even if you're only driving through town, don't miss the Moricetown Canyon viewpoint en route on Highway 16.

Essentially one and the same community - with several towns and villages incorporated into one district - there's a quite a few attractions for the passing tourist. Driving the Hagwilget Canyon bridge comes highly recommended for the views and 'Ksan Historical Village for the regional history of the Gitsan nation.

Driving the aptly named Glacier Highway into the towns of Stewart and Hyder, you have to stop and view the Bear Glacier. If you have more time, you can hike around or have a picnic at this Canadian provincial park.

These two small towns - or rather one small town and one tiny town - would have been one and the same had they not been in entirely different countries. Hyder, AK is home to the Fish Creek bear viewing site where you can see Grizzly and black bear catching fish in the salmon river. While in Stewart, you may want to take the stroll on the estuary boardwalk for more wildlife viewing (albeit possibly less exciting than Grizzlies). 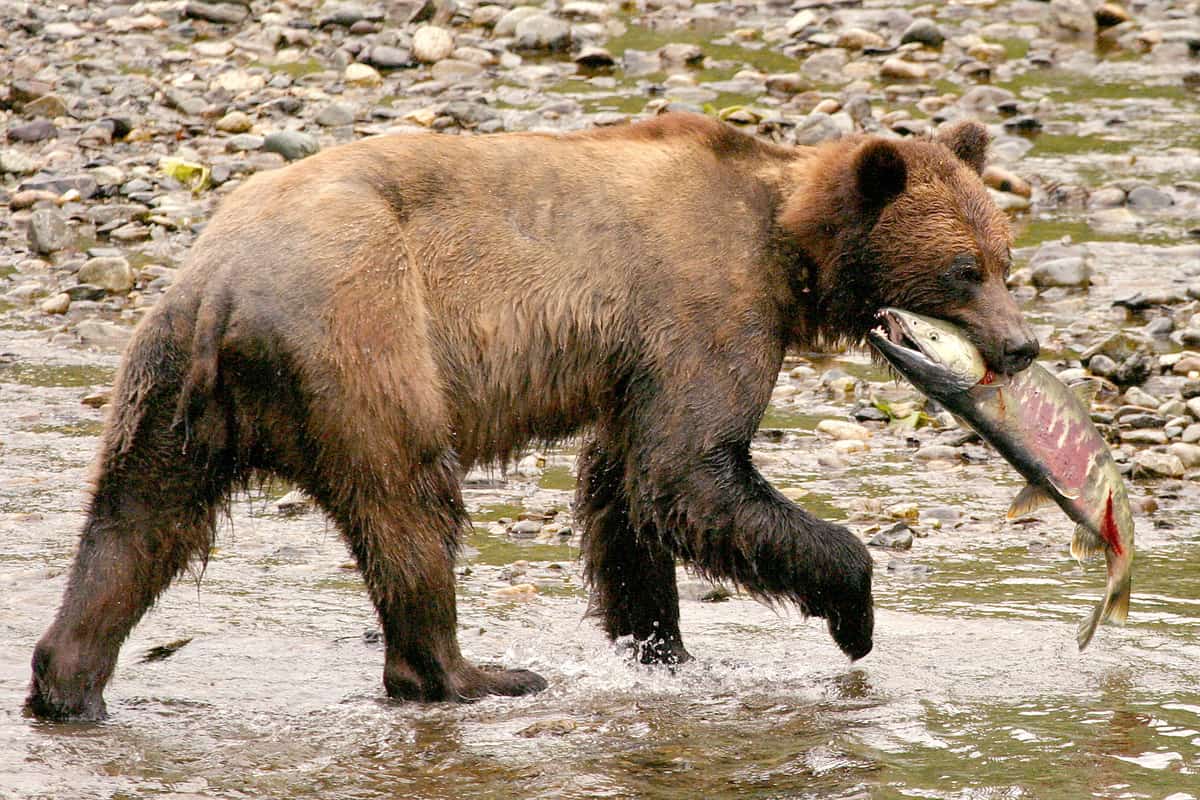 Hardly a city or even a town, this tiny settlement does have quite a lot of jade. Travelers can stop at one of the two stores (assuming both are open) for some authentic Cassiar Mountain jade souvenirs.

A beautiful emerald green lake that's perfect for a short hike or even kayaking.

Voila! This is where the Stewart-Cassiar Highway officially ends as you cross over into the Yukon and join the Alaska Highway.

Last, but not least, the map!

What do you think? Have you ever been to this area in Canada? Are you planning to? I'd love to hear your tips, ideas, and general impression!

Oh, and don't forget to check out my other Alaska posts as well as my tips for an awesome road trip!

What To Do At And Around Fairhope Municipal Pier