Time for another trip down memory lane, this time to a beautiful drive along the mighty Independence Pass in Colorado. 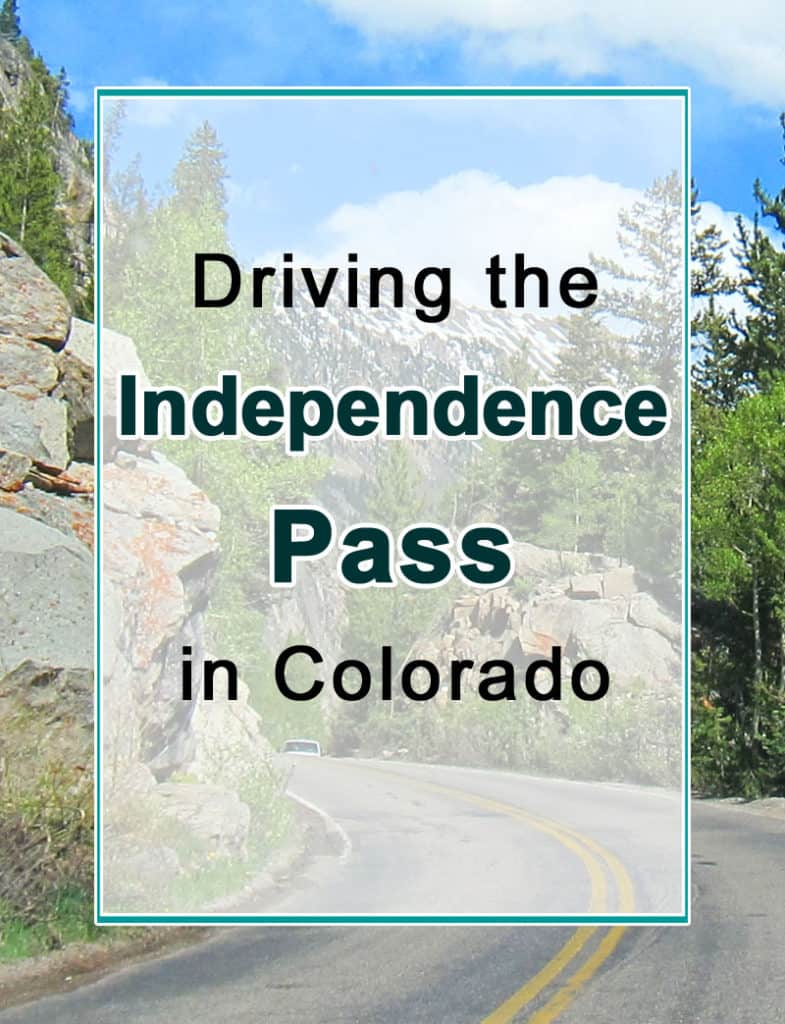 We visited Colorado for the first time back in 2011. It was part of our first long road trip, the one which lasted a total of five and a half months. The boys were just 7 and 9 years old at the time. My eldest is now 14 and he's taller than me! Time sure does fly, doesn't it? I'm glad I have these beautiful photos strewn along our private memory lane. I'm happy to share them with you in the hope they inspire you to create your own!

It was a beautiful day in the middle of June, sunny and welcoming. We set out of the town of Montrose, drove through Aspen and on to Highway 82 and the famous Independence Pass. Independence Pass takes you through the high Rockies of Colorado where peaks that touch the sky at elevations of more than 12, 13 and even 14 thousand feet - providing unparalleled scenery.

Don't let the name "Highway 82" confuse you. It is certainly "high" up there, in terms of altitude, but it's not really a highway. It is in fact a narrow winding road for most of the drive. Utterly beautiful but make sure you flex your fingers after the drive to let the blood flow back to your knuckles.

The first part of our drive was relaxed and absolutely gorgeous. We made several stops on the way, to take pictures. 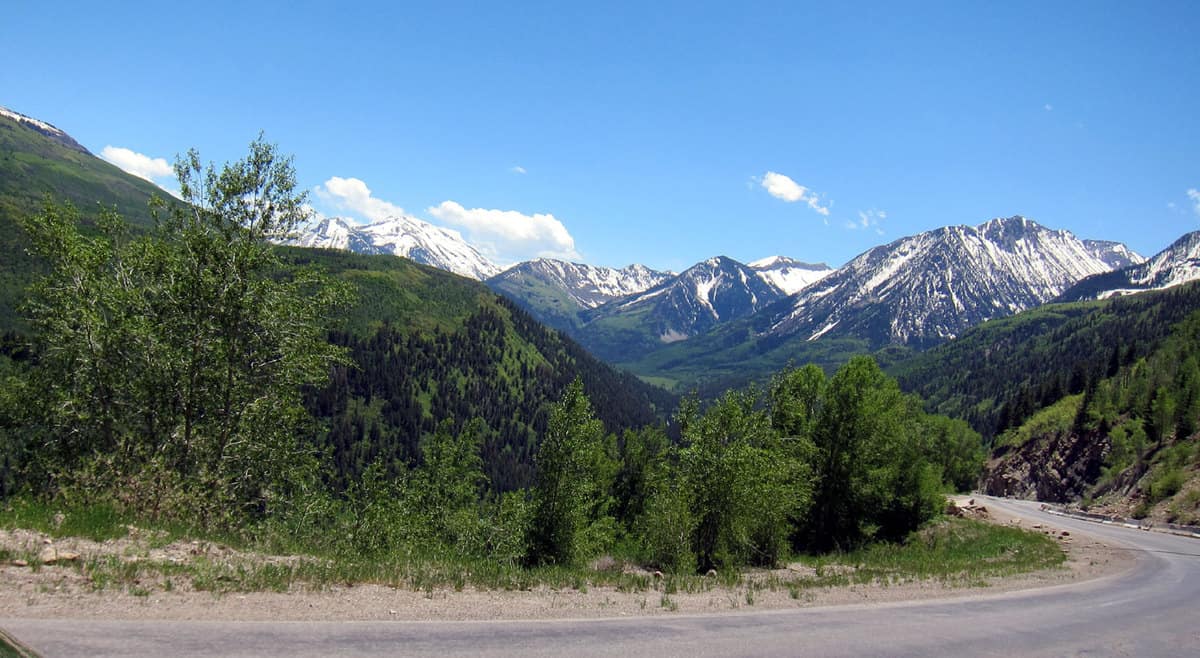 With the kids being so young, each stop turned into a snack stop, and with plenty of time on our hands, we enjoyed the long breaks. 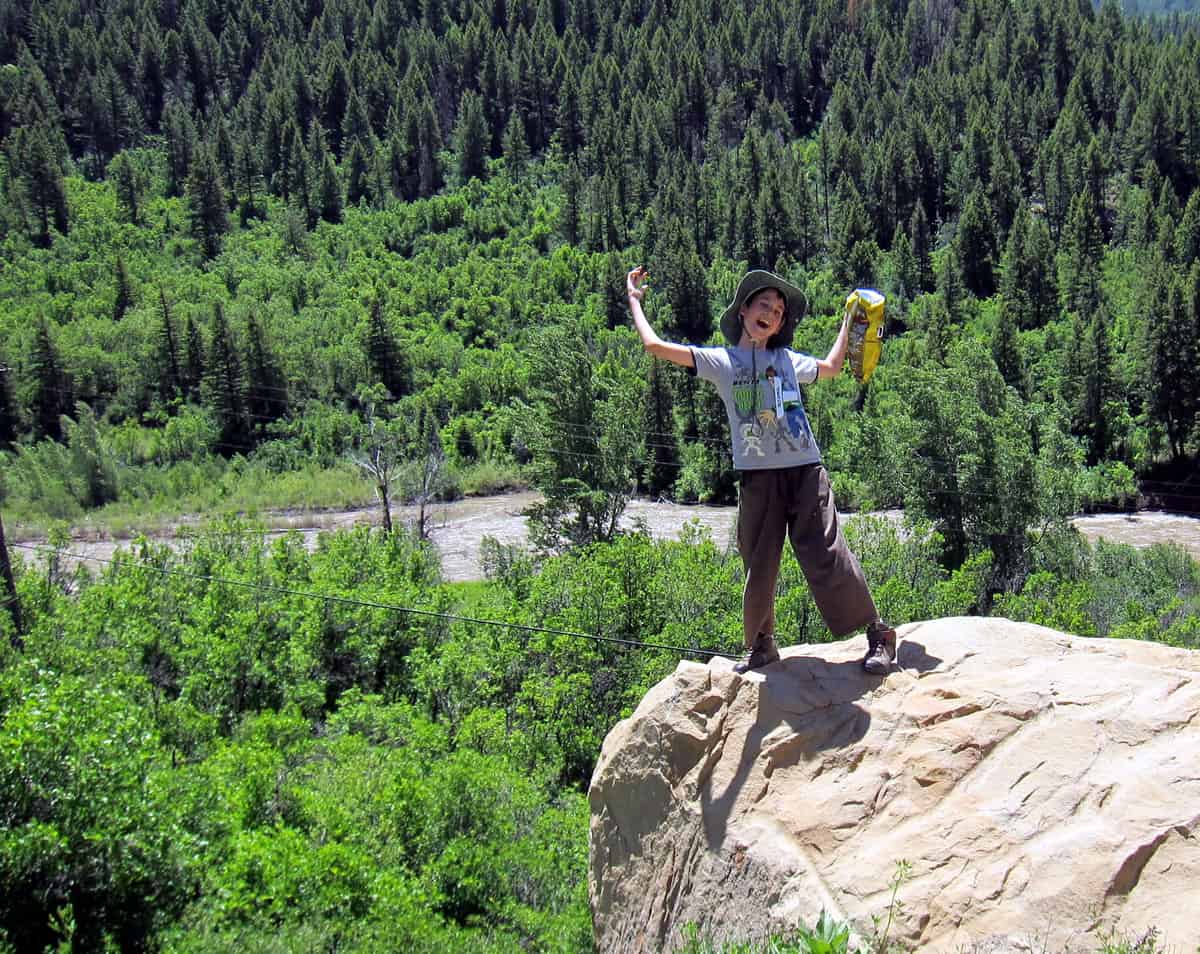 Did I mention just how incredible the scenery was? 2011 had higher than average snowfall and we had the majestically snowcapped Rocky mountains all around us.

We could still see them occasionally, peaking as well as peeking through the trees, as the road gradually made its way up into the pass and became narrower. 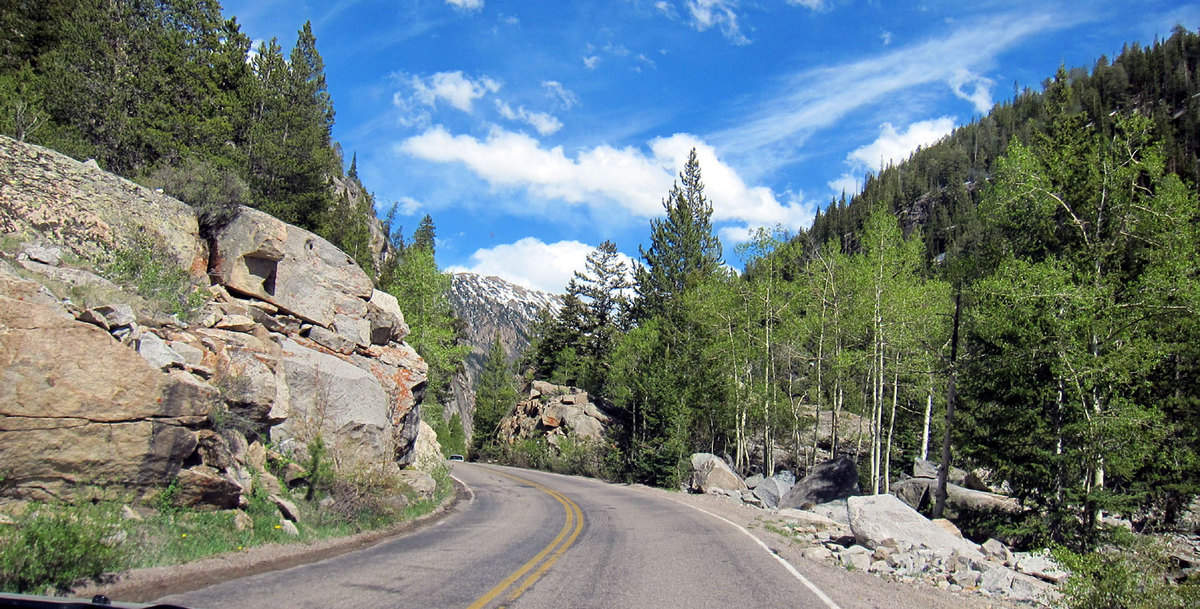 Finally, we reached our first planned stop for the day: The grottos. These grottos are ice caves, created by the flow of the Roaring Fork River (what a name! Colorado sure knows how to name its rivers!)

We parked the car and hiked for a bit. Once you reach the grottos, the trail disappears and you have to navigate your way across the rocks. I had the kids hold our hands while climbing the rocks. With water and ice in various nooks and crannies - some fiercely deep and leading right into that roaring river below - it was excitingly beautiful but not for the faint of heart, especially with kids in tow. 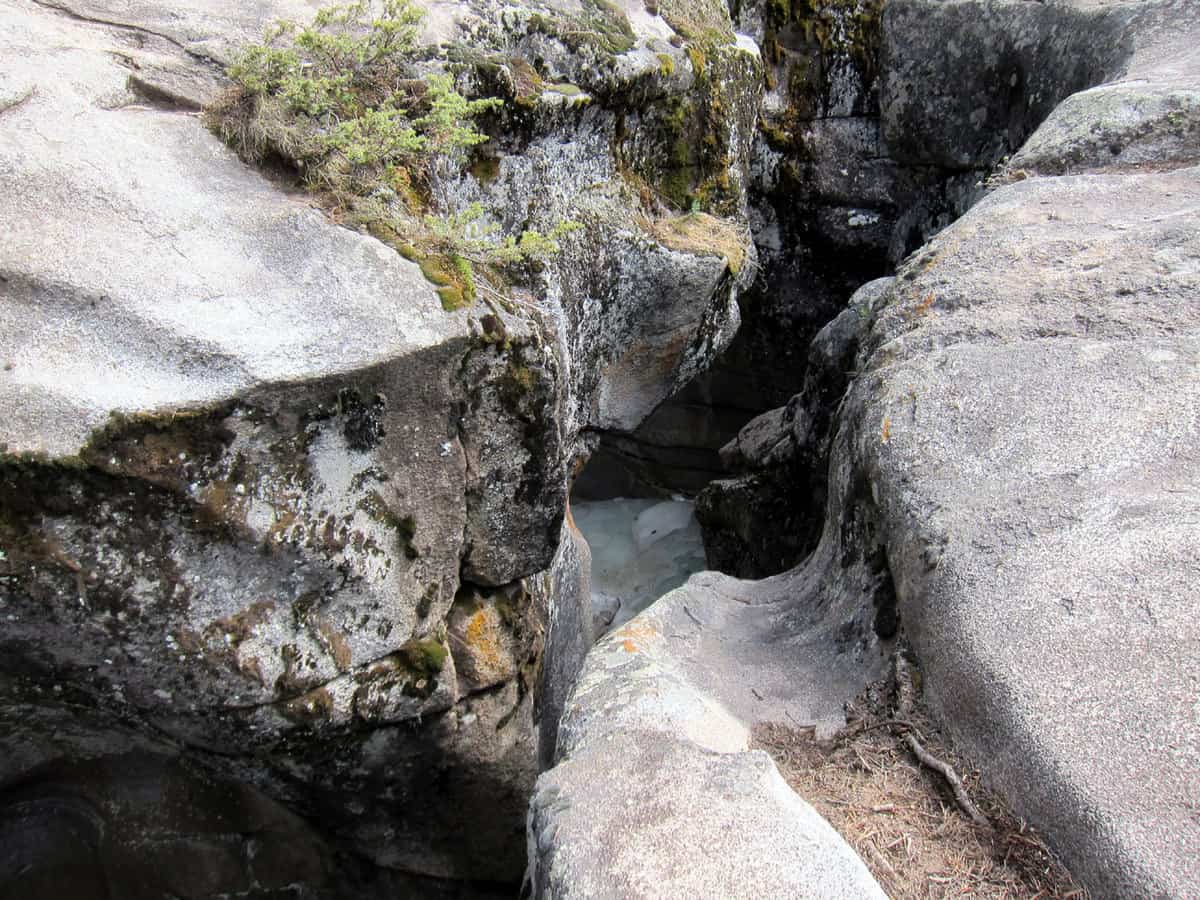 The wild beauty of the place was well worth the effort and excitement. 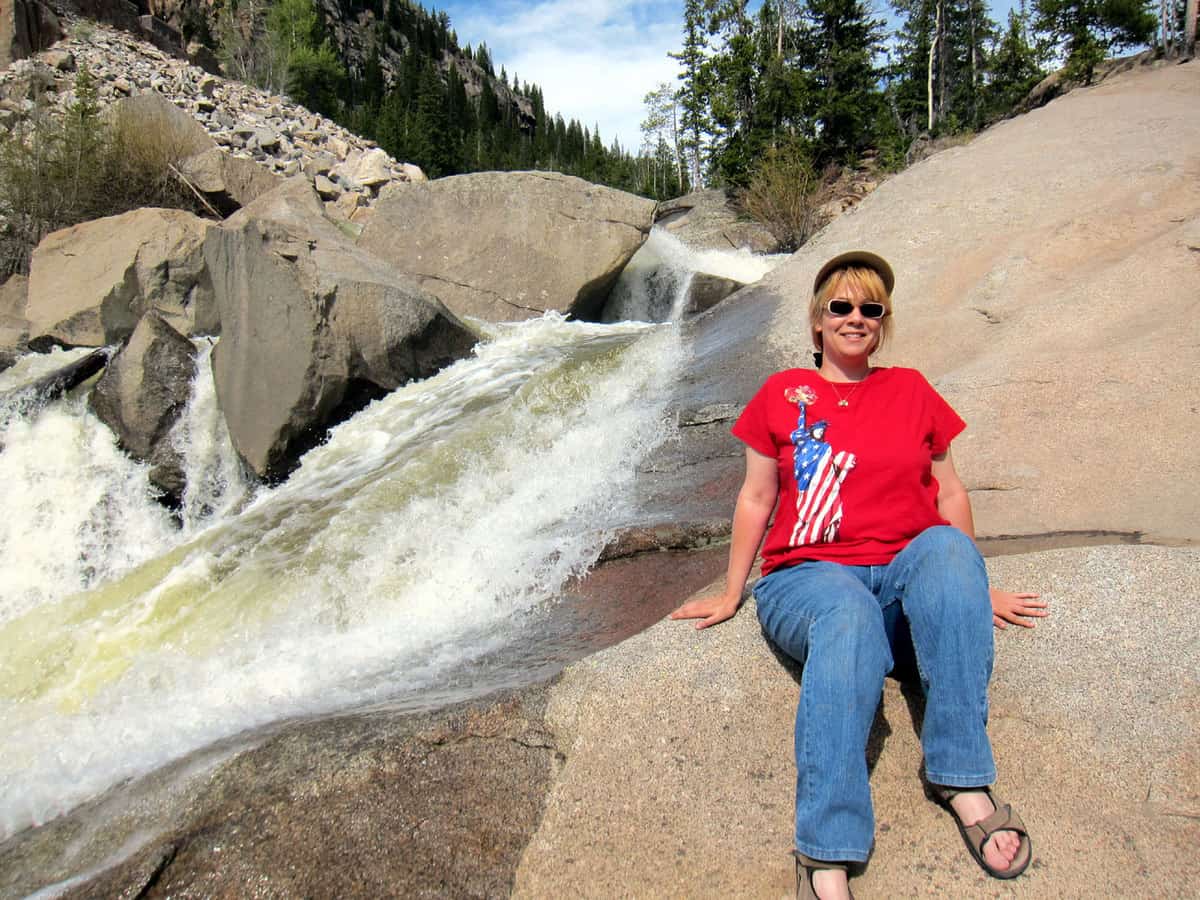 The leaflet we had picked up at the ranger station called them "ice grottos" and indeed, there was ice in the caves at the time of our visit. I did not venture inside. Waaaay too slippery for me. My youngest insisted on going in though, accompanied by his Dad, leaving me fretting with worry outside the cave. They had a terrific time and fondly remember this as one of the highlights of our Colorado visit. Here's a picture taken inside the cave. Does that look slippery or what? 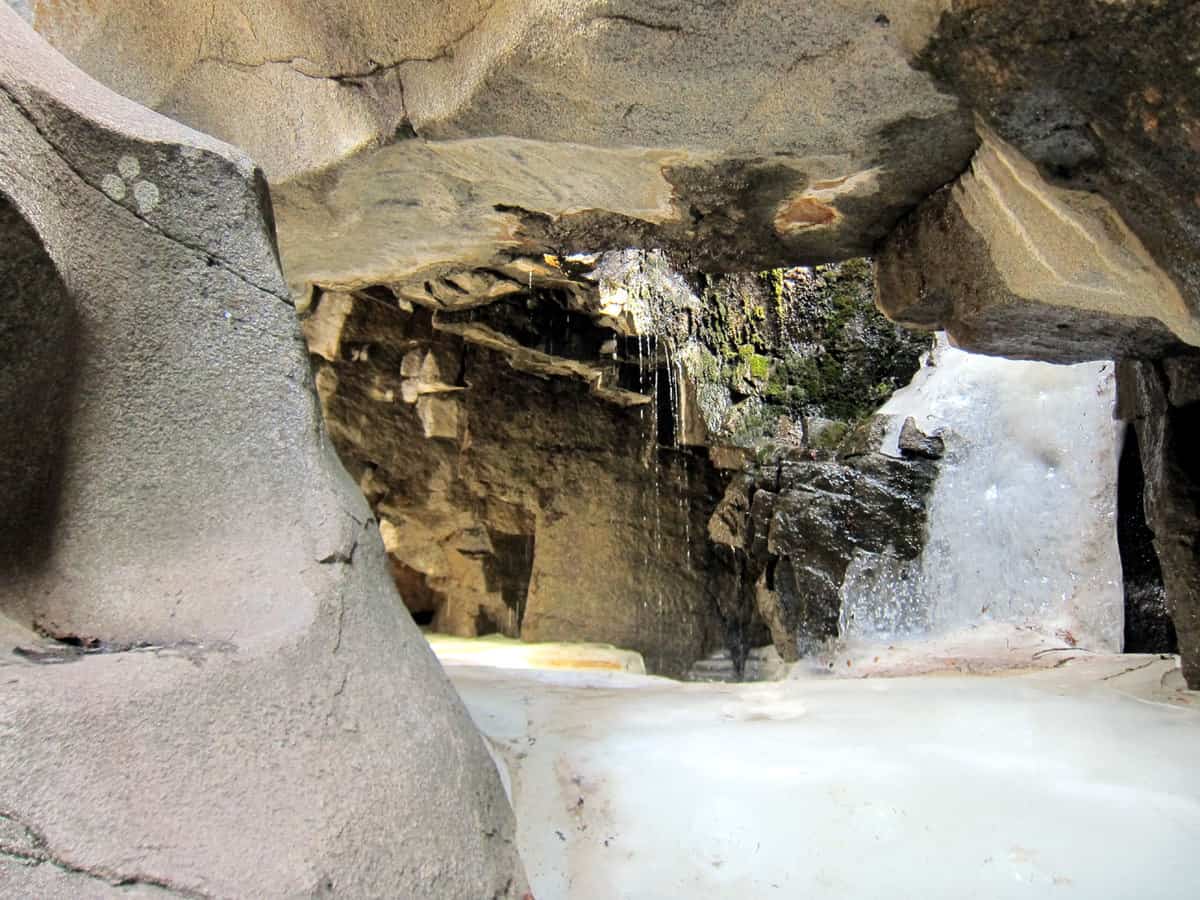 We finally left the grottos and went on the road again. As we got to the sharp switchbacks of the pass itself, snow appeared on the shoulders. 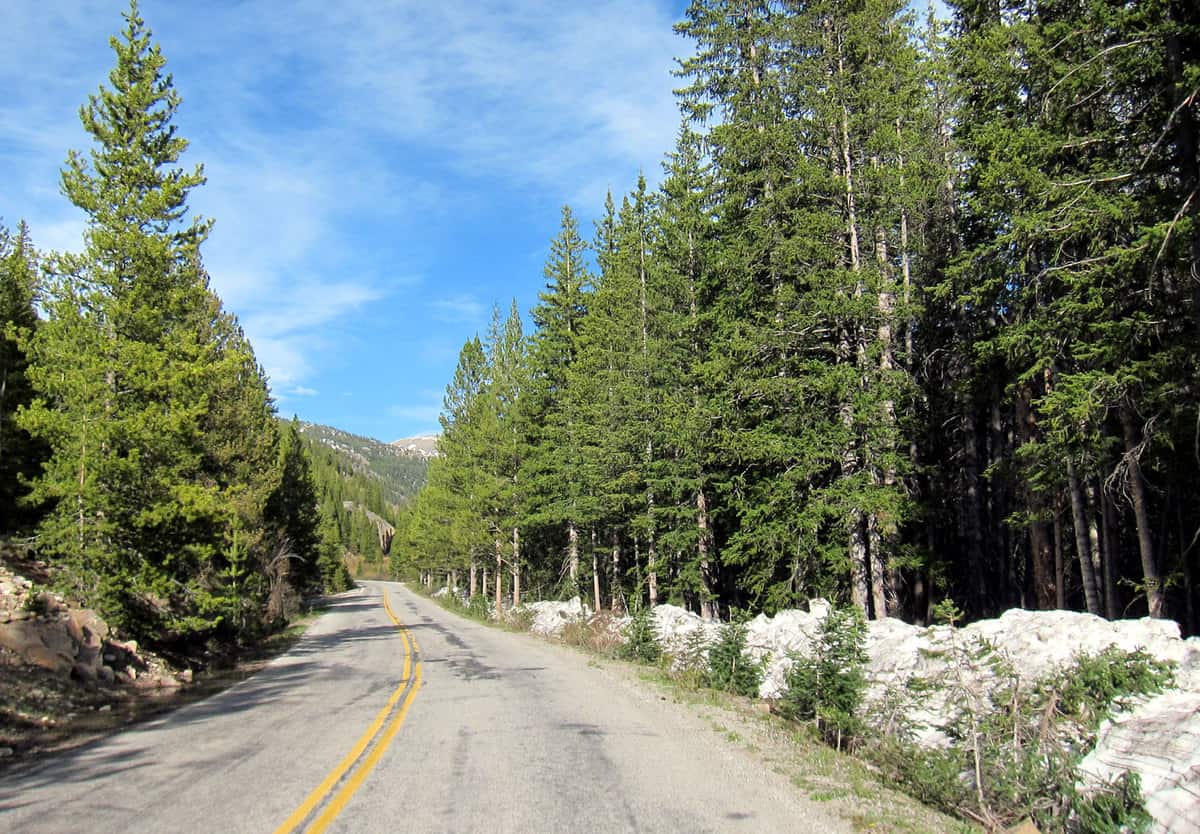 And it grew in height as we kept climbing... 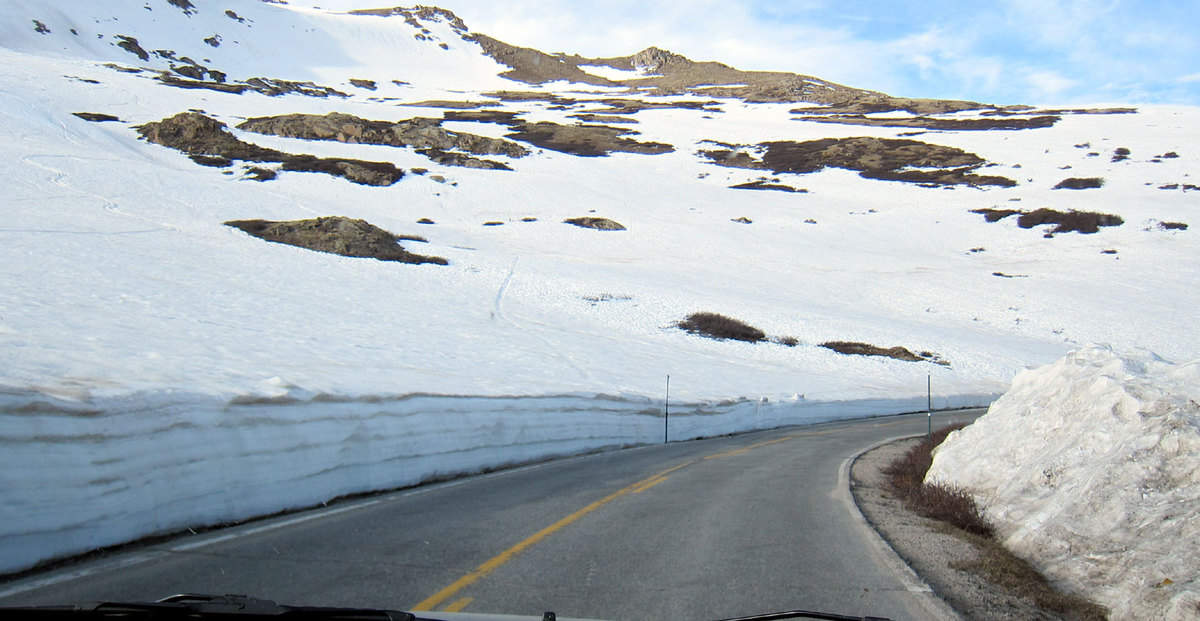 When we finally reached the peak point we were surrounded by fields of deep white snow!

It was such a wonderful day! Spending a sunny warm spring day traveling and hiking in ice and snow was proved to be an unforgettable experience.

We actually returned to Independence Pass two years later. During our August 2013 trip the Pass looked vastly different. The scenery was still incredible but not nearly as dramatic as it had been during springtime.

I was going to take our picture by the same sign but other people were having their photo taken and I moved on. I did take a picture of them in it, preparing the camera. Weird, I know, but there you go -

This is us, in a picture taken a few yards away, looking in another direction -

Where did all the snow go to, huh?

Thank you for traveling down memory lane with me today! I'll wrap up this post with a few practical tips for driving the Independence Pass:

1. Watch the date. The pass usually on the Thursday before Memorial Day (last Monday of May) and closes in early November. Dates change every year so check this website for road status.

2. Don't drive at night. It's less safe and you'll be missing out on the amazing scenery. If this is part of a long trip, make sure you travel Highway 82 during daytime.

3. Make sure your windshield and car windows are  extra clean. The views are worth it!

4. Apply the mountain driving safety rules. Switch to lower gear where recommended (there are clear signs by the roadside) and keep your foot off the brake as you make your way down the mountain. Keep an eye on the temperature gauge and if necessary, stop the car and allow the engine time to cool.

5. Share the road. Be courteous to other drivers and don't hold back traffic. This is Colorado, so if you're slowing down five or more vehicles, you're in violation of the "comet's tail" law and you will get shot. Ok, so you won't get shot, but I've seen Colorado police pull over a driver for that. Colorado mountain roads have places where you can safely pull over and let other drivers pass you by. Use them.

Have you been to Independence Pass yourself? I've love to hear experiences and tips from other travelers! Do share them in the comments section below.

Visiting Pikes Peak? Here are 7 things you need to know

15 Queens Landmarks That You Should Visit

The City Museum in St. Louis, MO – Better than Disneyland!