As promised in my French Alps trip report, here's a more detailed review of our excellent visit to CERN, near Geneva, Switzerland. There are several tips I want to share as well, about what we did right and what we could have done better.  Read through if you are thinking of visiting CERN so you can make the most of your time there. 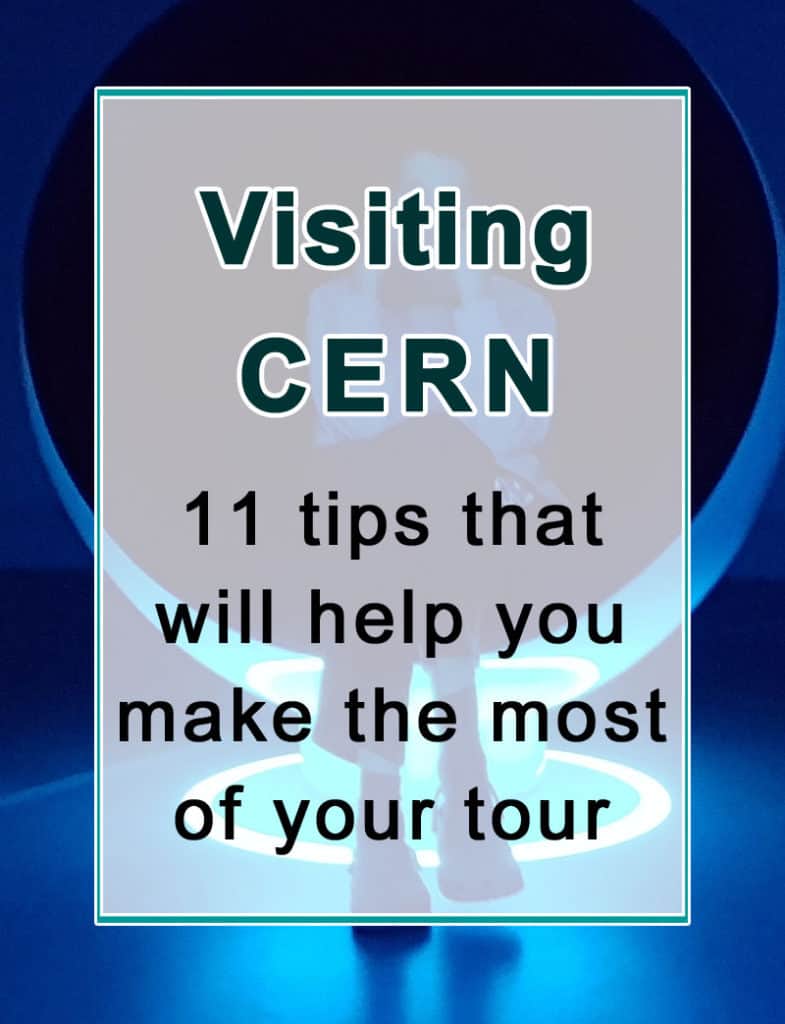 What is CERN all about?

You may occasionally see the name Cern, not as an acronym. It's not the name of a town or a village though. Rather, it's an acronym for a long title in French: Conseil Européen pour la Recherche Nucléaire. Which translates into: The European council for nuclear research. I will be using CERN and Cern interchangeably throughout this post because these days it's both a place and a concept.

The council was established back in 1954 in an effort to promote scientific collaboration between the nations of Europe, at the time still licking their proverbial and literal wounds of the second world war. They were allocated an area near Geneva where the CERN project was established on (and under) the ground. The name of the initiative has since changed into the European Organization for Nuclear Research but it's still known as Cern (and not as EONR, thankfully).

There have been many amazing discoveries made in CERN over the years, some of which have lead to nobel prizes in physics and chemistry. It is best known for its huge particle collider, aka the Hadron Collider.

There are several underground looped tunnels where sub-atomic particles are accelerated in phases and then enter the largest loop of all: the Hadron collider. Beams of particles are made to smash into one another at specific stations within the collider and the results are recorded to be further analyzed by scientists across the globe. It really is an amazing feat of human ingenuity. That makes visiting CERN an uplifting experience for all, not just science buffs.

Visiting CERN: Can you actually visit the Hadron Collider?

Yes and no. You can visit Cern and be above the collider. The main road which runs through the main complex that surrounds the main research station - known as The Atlas Project - is open to the public. There is a visitors center there which includes two permanent exhibitions -

Microcosm - The story of collider and how it works, as well as a little bit about what life in Cern is for the 10,000+ scientists and engineers who work there. 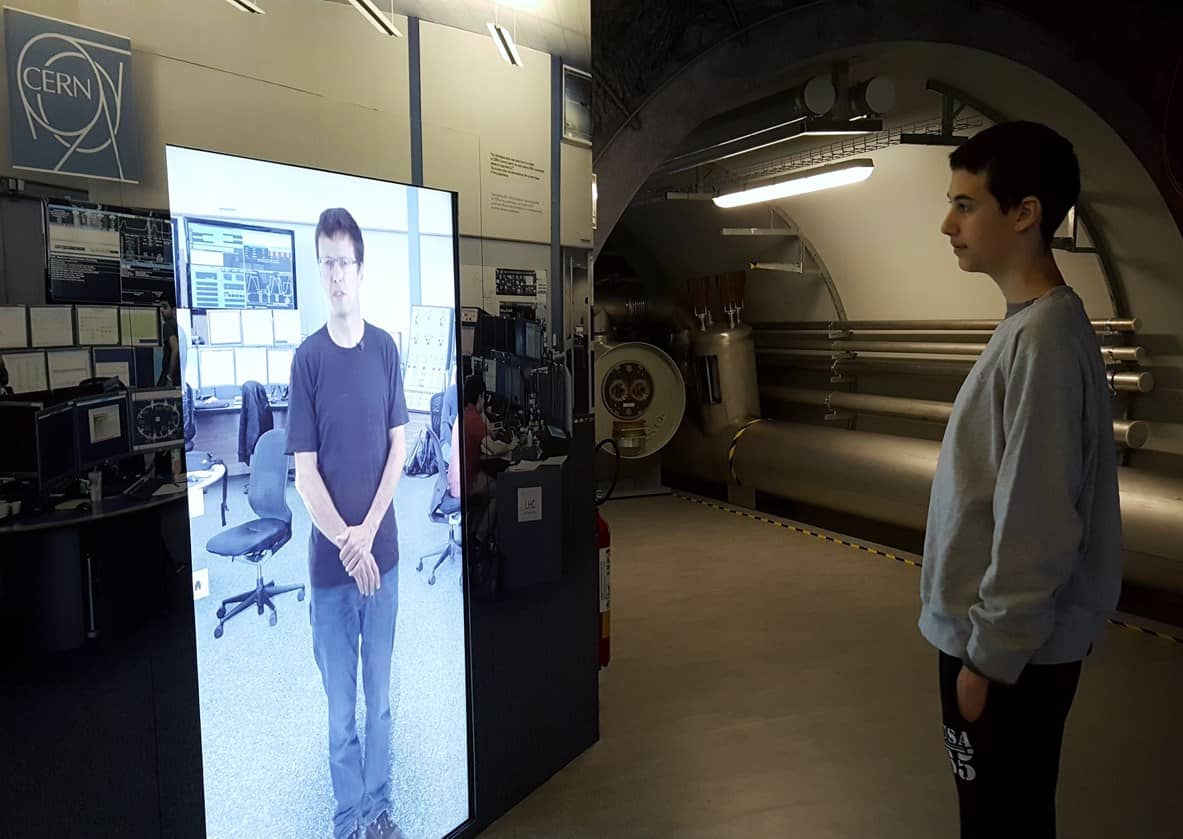 Universe Of Particles - A cool exhibition with a very interesting futuristic design which teaches you about particle physics and again, a bit more about Cern. 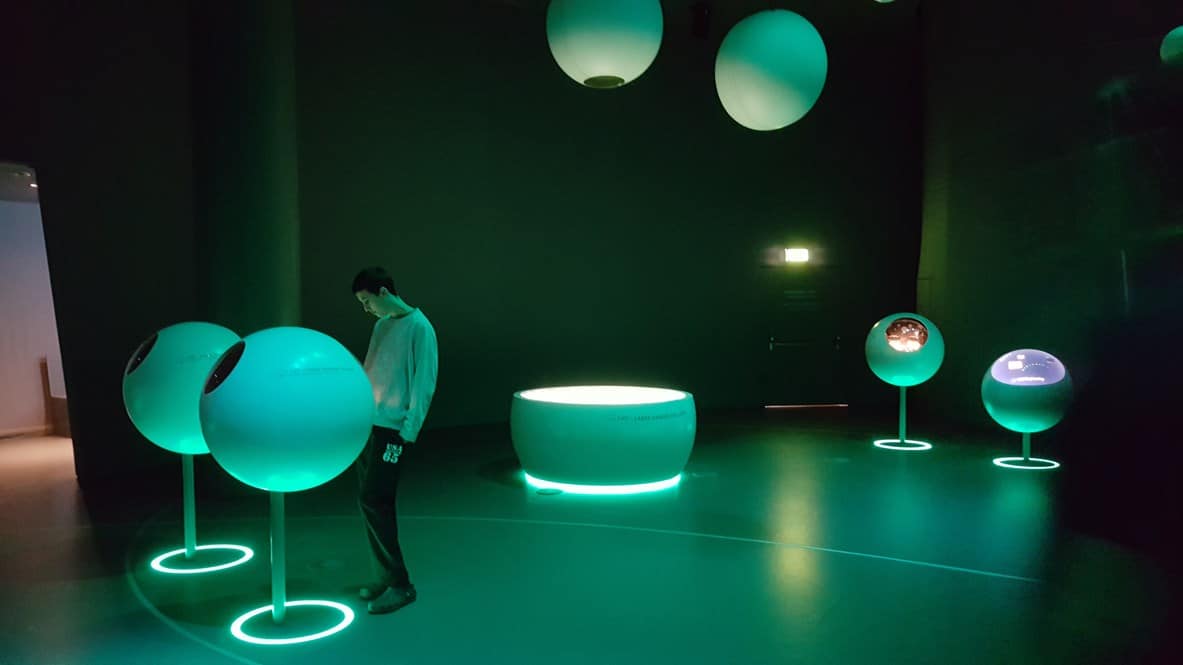 In addition to the exhibitions, there is a guided tour that takes you "behind the scenes". I have seen photos of people wearing helmets and looking at what appears to be part of the collider. During our own visit, the guide explained that they do not take visitors down to the collider because the levels of radiation there are not safe.

So, no, we did not get to see the actual collider. We did get to see several models and hear a LOT about it. Considering its actual size (about 27 kilometers long!) I don't see how you can actually "see" more than a very small part of it going underground. Either way, you can't see it "working". According to our guide (who was also a physicist and a shift leader at Cern) there's not much to be seen. The particle beam is silent and invisible.

Who should be visiting CERN?

Cern is a must-visit for anyone who loves science and specifically physics. The exhibitions are thorough and our guide was a professional physicist who could answer all of the questions thrown at him by our group's science buffs.

Even if you're not into physics, I think the tour would be enjoyable. The exhibitions are interactive and exciting and there is something very moving about the entire project: European nations working together to promote science and peace.

The tour is entirely free and it gets you that unique "behind the scenes" look into the project. Our guide was fascinating and it was really cool to walk past these gates: 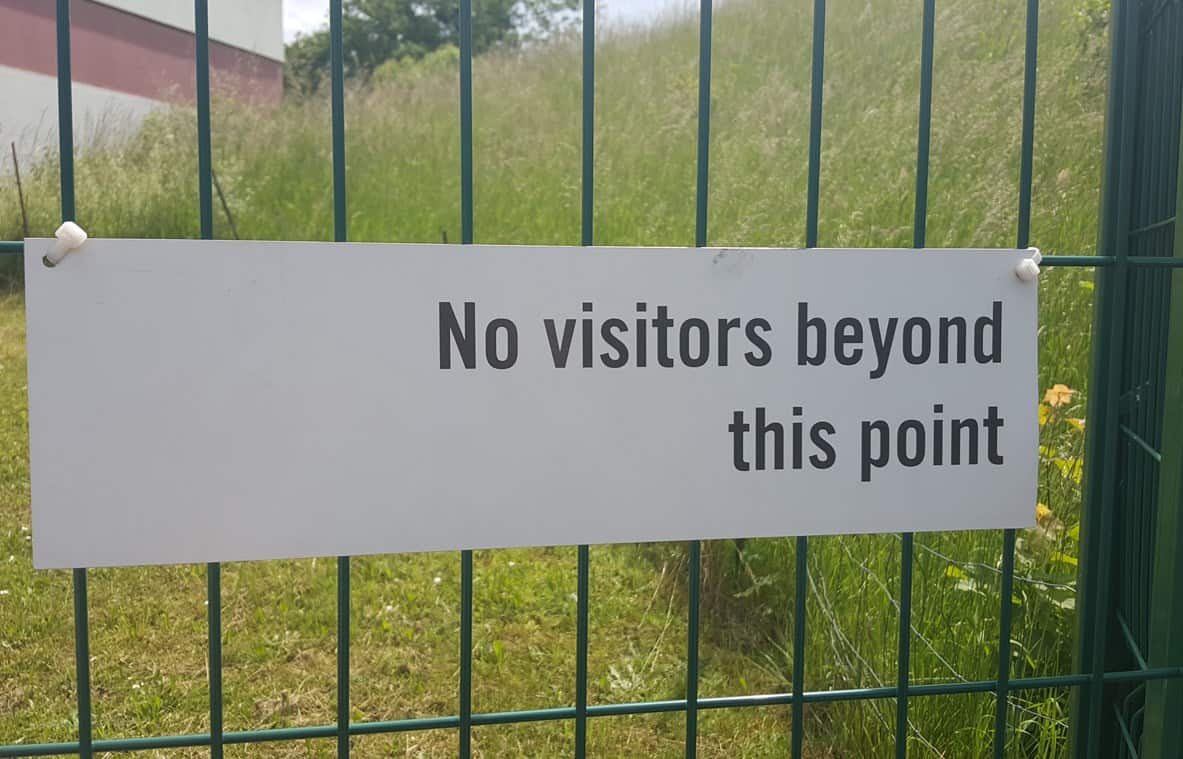 The tour also takes you to a special exhibition with a 20 minutes long multimedia show projected on the walls and on the equipment around you. Really cool and great fun for kids. 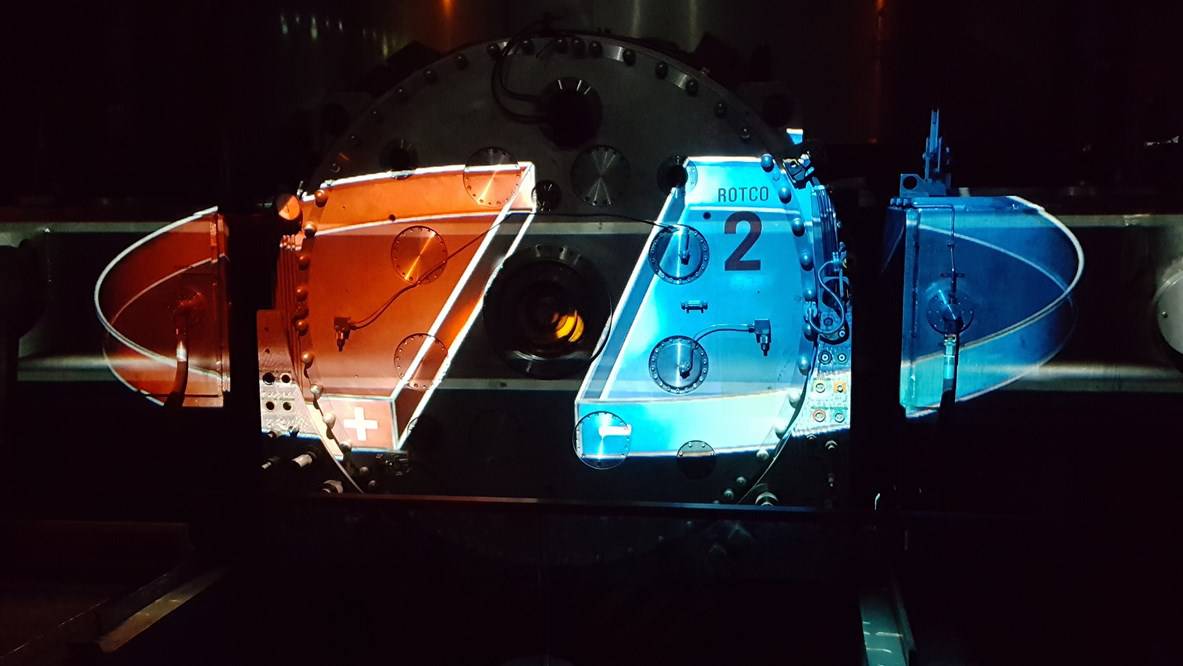 3. Be prepared to take pictures on the guided tour

With all the fences and guards, we thought they may ask us not to take pictures. Quite the opposite. Our guide said they want us to take as many pictures as possible! Keep your camera ready during the tour because photo-ops pop up literally as you walk around while visiting CERN. Like taking pictures of street signs - 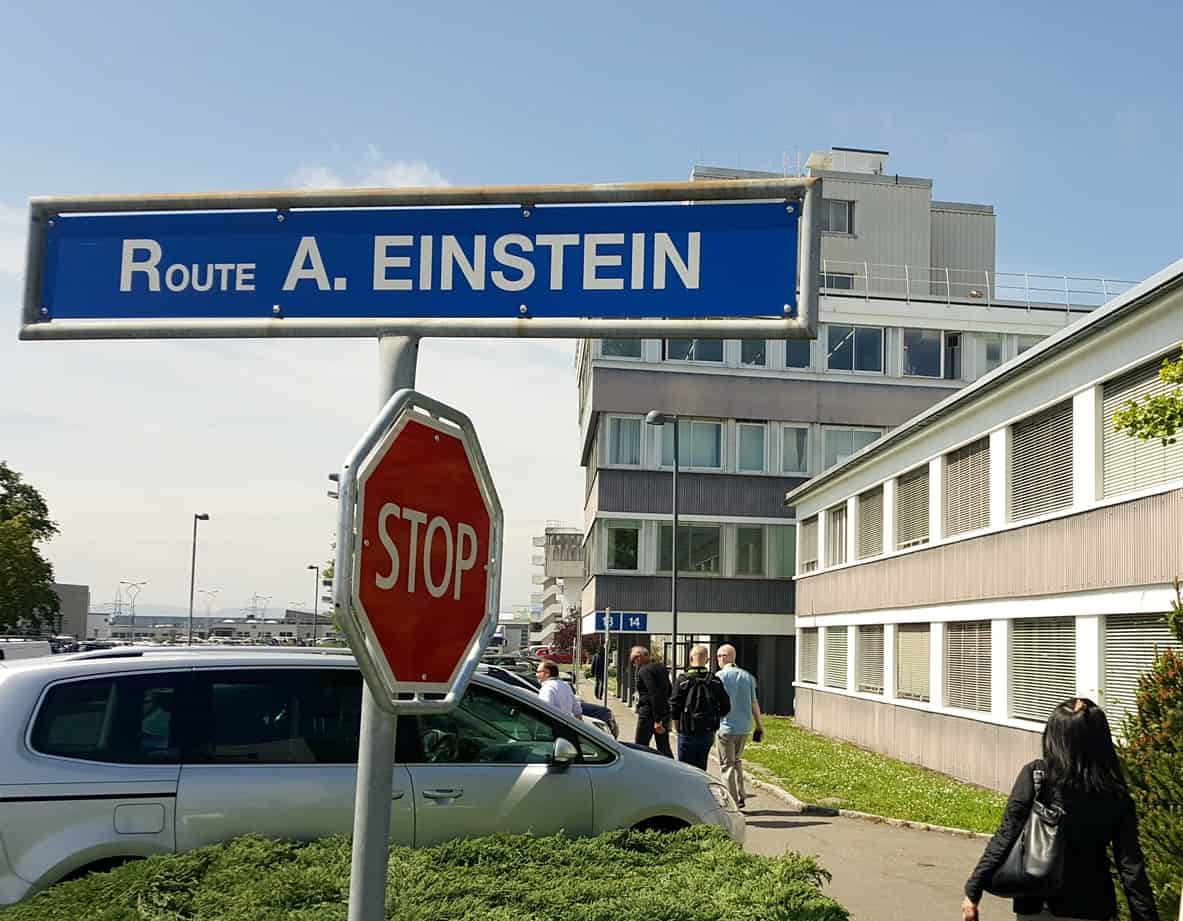 4. Be prepared for a long visit

This isn't a place you can run through in 20 minutes. The exhibitions alone are well-worth 1-2 hours (possibly longer if you are interested in physics). The tour takes up another two hours of your time. All in all, three hours is the bare minimum. We spent five hours at Cern and could have stayed for longer if we had more time.

There are different opening hours for the exhibitions. The visitors center and the Microcosm exhibition open at 8:30. The Universe Of Particles opens at 10. There are several time slots for the guided tours. Check your times and make sure you allocate at least an hour for each exhibition and 2 hours for the tour (including showing up 15 minutes in advance to get your badges). The good news is that everything is close-by, so it only takes a couple of minutes to get from one exhibition to the other.

6. Bring your own food

Google maps knows of a couple of cafeterias at Cern which we had planned on checking out. Nothing quite like enjoying a croissant while rubbing shoulders with a local version of Sheldon Cooper, right? I thought this would add to our "Visiting CERN" experience.

As it happens, these cafeterias are out of bounds for us mere mortals. The only way to get a coffee or any food is at the local gas station. It's very close to the visitors center, so not a long walk, but the prices are quite Swiss (i.e. expensive!) and the food quality is nothing to write home about - basically what you'd expect to find in a gas station store. They do have a really cool espresso machine that generates so much steam while making your coffee, you might think they're running it through the Hadron collider itself! 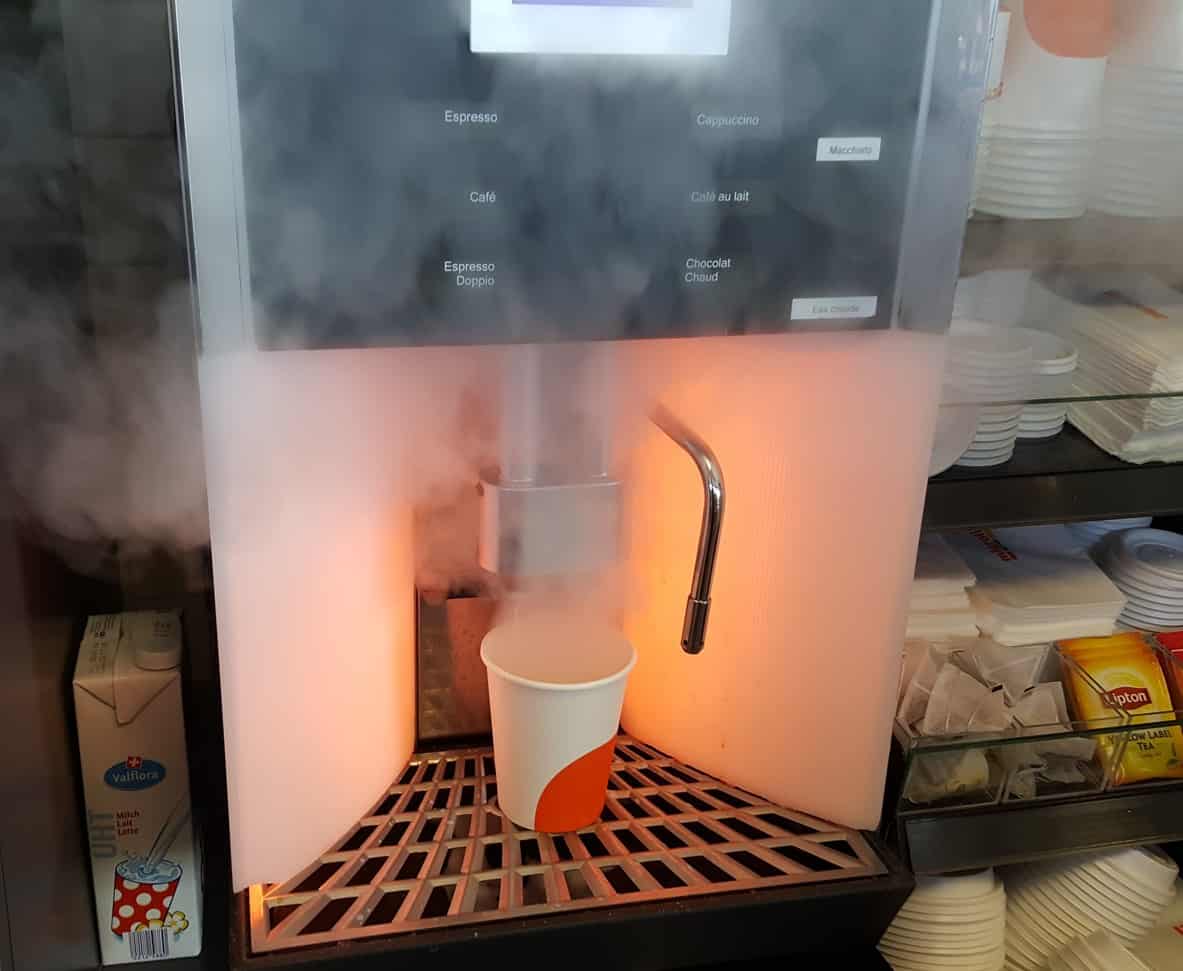 7. Eat and drink before the tour

If you didn't bring anything to eat, grab something - anything - at that gas station. The tour isn't short and you can't eat or drink anywhere during the tour. You also can't leave the tour once you started because you have to be accompanied by the guide when inside Cern. So -especially if you're traveling with kids - make sure everyone is well fed before you start the tour.

8. Wear comfortable shoes and dress according to the weather

The guided tour has you walking about one mile on foot. Not too bad but enough to be more enjoyable with comfortable shoes. You will be walking outside for a short bit as well, so if it looks like it might rain, gear up accordingly.

9. Park near the big dome

There's plenty of parking, or at least there was on the day of our visit, but you can't just park anywhere. The best place for you to park would be next to the big brown dome. Just east of the dome, towards the Swiss side of Cern, there is a big parking lot that's free to park at.

10. Watch a movie about the project before visiting CERN

I wanted to get our kids acquainted with Cern before we came and to be honest, I didn't know a whole lot about it other than that's where they had recently discovered the Boson-Higgs and that people were afraid they might create a black hole in the process, swallowing up the entire earth (which turned up to be a slight exaggeration).

The movie we watched was available on Netflix. It's called "Particle Fever" and you can buy or rent it on Amazon too.

11. Don't worry about the language barrier

Cern is technically in both Switzerland and France (the border runs in the middle) but everyone there speaks English. More importantly, the exhibitions all have English labels or English narration options and the guided tour is available in English. That's not something you typically find in French science (or other) museums so it's worth mentioning here.

Visiting CERN is fun! There's a lot of humor to be found in the exhibitions. Lots of red buttons to push and see whether you actually create a black hole that can swallow up the entire earth. It hasn't happened to us but who knows, you might just get lucky! 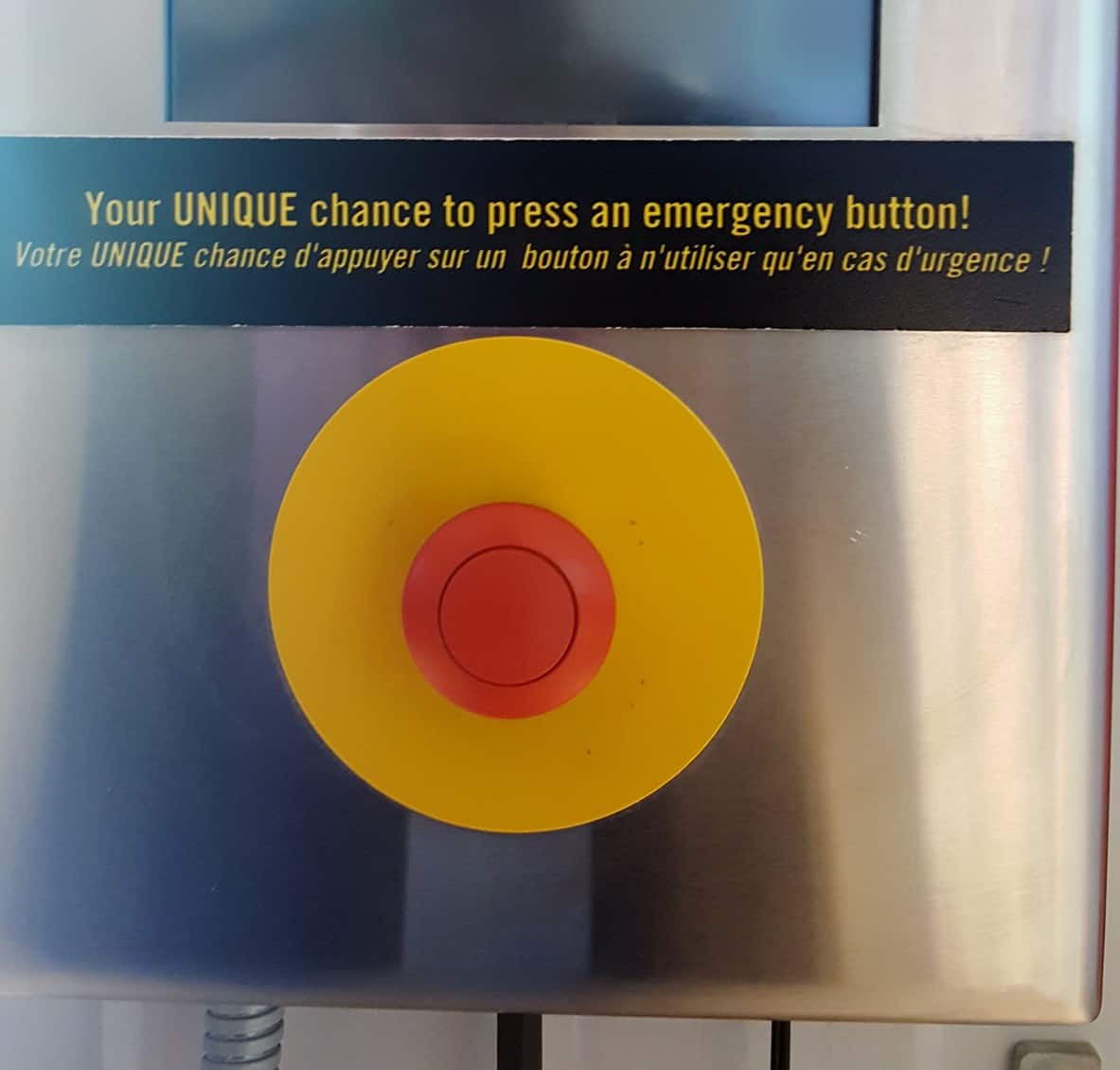 Have you ever visited Cern? Got any tips to add? Please share those in the comments section below. You can also leave me questions about visiting CERN and I'll try and give you the best answer I can.

Is It Safe to Travel to Romania?

Are There Mosquitoes In Sicily? [Inc. Travel Planning By Month]

Traveling to Normandy: 9 Places You Have to Visit