Whether you are planning a trip to Romania or have a family member or friend who will be traveling to Romania, the question of safety while traveling is a crucial one to ask. After doing some research on Romania and also other countries for comparison, I have some interesting facts to share with you in this post! 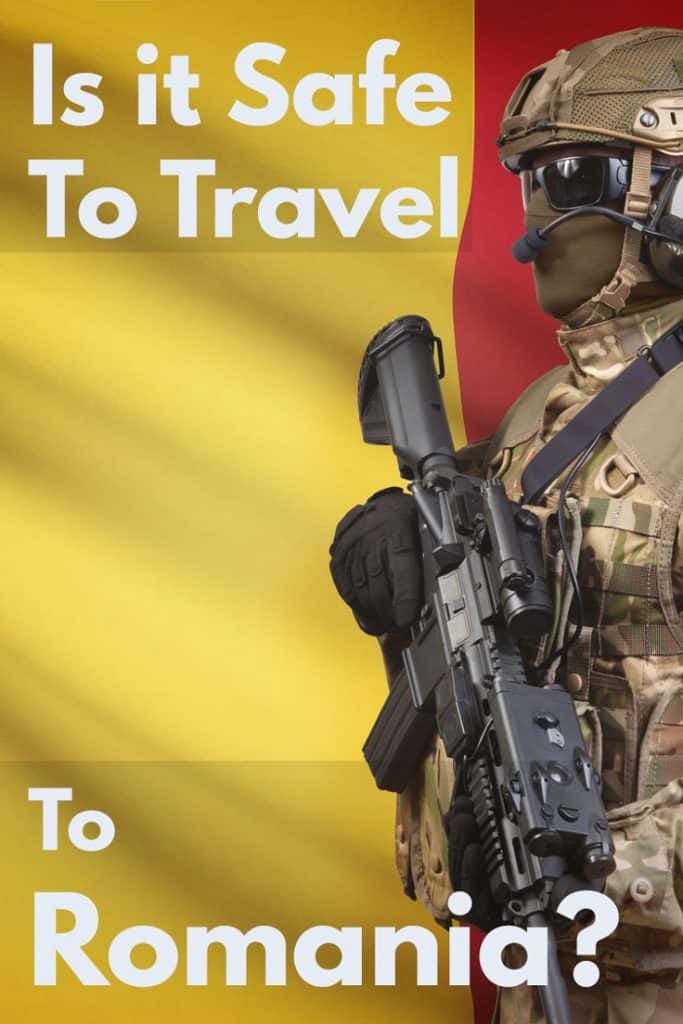 When traveling, safety is always a concern. Romania is definitely a safe place for people to travel to and enjoy. The Global Peace Index score is 1.596/5, making it the 17th safest country in Europe and the 24th safest country in the world to visit. In addition, SafeAround gives Romania a rating of 80% which is considered safe for tourists.

Ok, so I spouted off a bunch of facts and figures, but what does it all really mean? If you want more specific information about how safe it is to travel to Romania, I explain where these statistics have come from and even compare Romania’s safety rating to other countries that are popular tourist destinations in the rest of this post.

Safety Issues When Traveling to Romania

As we said, Romania is a safe destination. As you'll see below, it's safer for travelers than many other European countries or the US itself.

With that in mind, the three safety concerns to be aware of -

Let's break these down so you get a better sense of what to look out for.

1. Crimes Against Tourists in Romania

The most prevalent crime is that of opportunity. Pickpocketing and bag snatching are the main crimes in big cities, tourist-heavy areas, and transportation hubs. There have been reports of people, especially tourists, being accosted in bars and strip clubs.

The most common scams include people posing as police officers or people trying to strike up friendships at bus or train stations. In addition, there are some scams involving money exchanges.

If you plan on renting a car in Romania, be prepared for the local driving style.

Romanian drivers tend to drive very fast and don't always obey driving laws. You may see drivers who ignore stop signs or even drive through red lights. And if you slow down the traffic by avoiding speeding, expect local drivers to take over with little regard for oncoming traffic.

Somehow, this system works - at least most of the time. It can be a nervewracking experience for tourists though. We're not saying you should avoid driving in Romania. Just be mentally prepared to deal with local traffic. Drive safely and have patience.

Romania is generally safe in that respect but it has suffered many casualties in an ongoing measles outbreak. Just like elsewhere in the world, Romania has its share of families who avoid vaccines and measles was not long in rearing its ugly head.

What does that mean for you? Make sure you're up on your shots. Check with your doctor to see that you have documentation for two doses of the MMR or MMRV vaccine. If you don't, your doctor may suggest testing for antibodies or simply to get an extra dose or two.

While you're at it, have your doctor check your status on all other vaccines. Specifically, hepatitis A, Whooping Cough, and Tetanus are all diseases which you should make sure you're vaccinated for prior to travel.

Romania in the Global Peace Index

The Global Peace Index is a report put out each year by the Institute for Economics and Peace. This study ranks countries around the world according to how peaceful they are. It looks at three main factors to determine a country’s ranking; the level of social safety and security, the extent of ongoing domestic and international conflict, and the degree of militarization of a country.

The report also goes into detail about each of the three factors involved in the overall ranking. Romania had a score of 1.096 on the ongoing domestic and international conflict domain, 1.938 on the societal safety and security domain, and 1.706 on the militarism domain.

SafeAround is a tool for travelers who wish to assess the risk levels in over 100 different countries and cities around the globe. It compiles data from several different sources and uses that information to give a safety rating. The ratings range from 0%, which is the most dangerous score, to 100%, which is the highest safety rating possible.

According to SafeAround, Romania has a rating of 80% which is considered safe to very safe. Over the last few years, the worst that has happened to a tourist was that his phone was stolen! Violent crimes are rare, but there are always dangers anywhere you go so be alert while in public.

The threat of a terrorist attack exists, as it does in any location worldwide, but the threat is extremely low. Just as you should be at home, when you travel you need to pay attention to your surroundings and report suspicious activities.

Romania Compared to Other Countries

All of this data is great, but without any context, it can be hard to decide for yourself if Romania is safe. Let’s compare Romania to three of the most frequent travel destinations in the world to get a better idea of how the rating systems mentioned above work. (Spoiler alert: Romania is considered safer than all of them!) 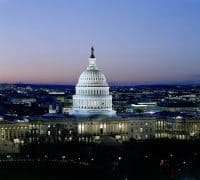 The United States…is MORE DANGEROUS to travel to and through than Romania according to both the Global Peace Index and SafeAround. Don’t get me wrong, the US is still a safe destination, just not as safe as Romania. Of course, being so heterogeneous, a lot depends on where you travel to in the US.

According to Safearound, the United States of America has a safety rating of 69% (11% lower than Romania). The overall risk of traveling in and around the US is medium. There is a medium risk of mugging and scams, and a low risk of pickpocketing or purse snatching. The terrorist attack risk is considered medium due to no recent attacks, but there have been attacks in the past.

When looking at the Global Peace Index, the US is ranked #121 out of 163 countries (Romania was #24) with a score of 2.3. The US is one of the most militarized countries in the world, which is one reason it is ranked so low on the peace index. 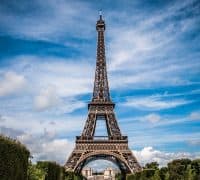 France…is a MORE DANGEROUS destination than Romania as well! It is still considered a safe location, just not as safe as Romania.

Safearound gives France a rating of 64% (16% lower than Romania). The overall risk rating is medium, and France ranks 58th out of the 162 countries involved in the ranking system. There is a high risk of terrorism, pickpocketing and purse snatching, as well as mugging and scams.

France’s Global Peace Index score is 1.909 and is the 61st country (Romania was 24th) on the list of 163 countries. When looking at European countries, France comes in at #30, out of the 36 that were rated. 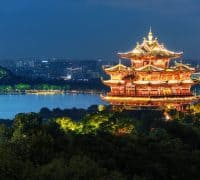 China…is a MORE DANGEROUS place to be in than Romania. It’s rating is still in the safe range according to both of our rating systems, but Romania is considered safer.

China’s Safearound rating is a 63% (17% lower than Romania). It is considered a medium safety risk overall. The crimes given a high-risk rating were pickpocketing and purse snatching and scams. There is a medium risk of terrorist activity occurring in China.

Tips for Traveling in Romania

While Romania is a fairly safe place to travel, it is still up to you to be aware of your surroundings and practice basic safety precautions.

This includes being vigilant and paying attention to your surroundings. Try to travel in a group if possible and, especially if you are in a big city, avoid remote and dim areas.

Across Romania, the average temperatures vary, but not significantly. Plan for seasonal weather changes, there are definitely four distinct seasons throughout the year. If you are familiar with US weather, the most closely related area would be the New England region.

In the spring the mornings and evenings can be cool, but the days warm up nicely. Romania has hot summers, in the lowlands in southern and eastern Romania can reach up to 100* Fahrenheit in July and August.

The fall is usually dry and cool causing the tree leaves to change color, similar to New England. The winter can be cold, even more so in the mountains. Plan for possible snowfalls throughout the country typically from December to mid-March.

Not required for less than 90 days. Ensure your passport will be valid for at least 6 months after you plan to return from Romania, this allows you leeway just in case anything happens to delay your return.

The form of currency used in Romania is the Leu. Be sure to avoid exchanging money in street machines, it is unsafe, not to mention illegal! It is best to go to an official bank, like the National Bank of Romania or an official bank’s ATM using your credit or debit card.

While this post focuses on travel safety, we figured we should at least mention some of the places that make this such a fantastic destination in Europe. This is definitely not a full list!

This castle is more commonly referred to as Dracula’s Castle, although that moniker is misleading. Bram Stoker’s Dracula was loosely based on Vlad “the Impaler,” yet Vlad was never a visitor to Bran Castle. Don’t let that deter you though, it is still full of history and worth adding to your list of places to visit during your stay!

Also called the Hunyad Castle, this structure is one of the largest in Europe and is considered by visitors the most remarkable medieval castle in the country. It looks like a castle straight out of a fairy tale with its gothic style, circular and rectangular towers, and the thin bridge providing access to the entrance.

Probably one of the weirdest places you should visit, this cemetery is a visual display of the way Romanians focus on celebrating a person’s life when they pass on. The Merry Cemetery has more than 800 tombstones colorfully painted with epitaphs, often funny and poetic, and scenes depicting the lives of those buried there.

In English, the Turda Salt Mine, is the surprising location of an underground science-fiction feel theme park. The salt was mined from the area as long ago as the 17th century, the cavern left behind is rugged and stunning, definitely worth a look. 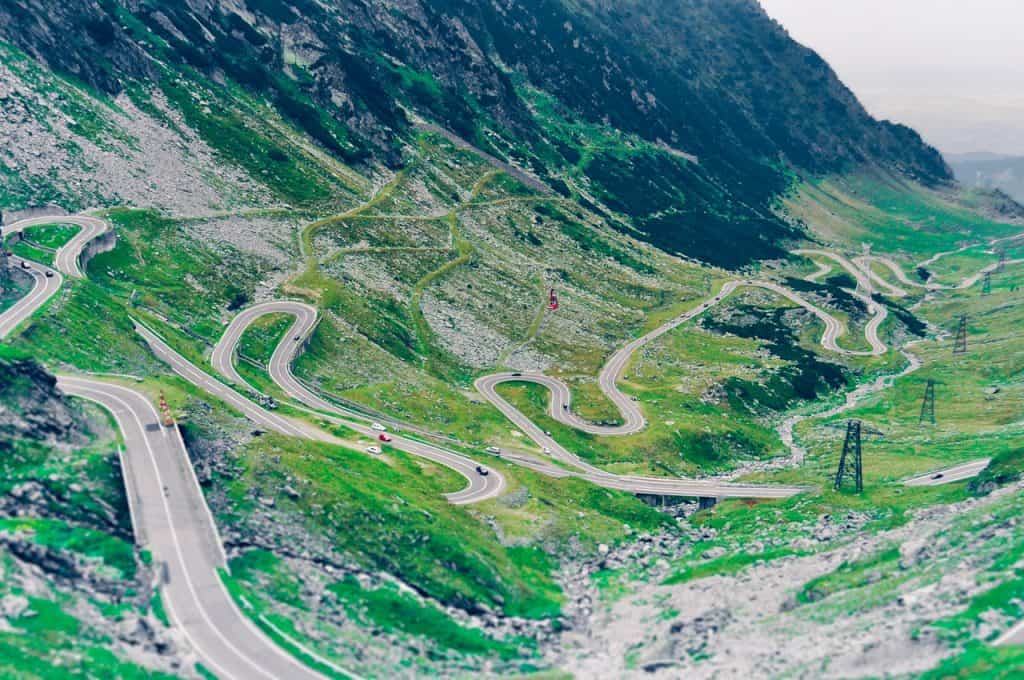 Considered “the best road in the world” by Jeremy Clarkson (one of the hosts of Top Gear), this road links southern Romania to western Romania. It is closed in the winter due to hazardous weather conditions, but when it is open the road has breathtaking landscapes and numerous switchbacks.

Located in Bucovina, in a hilly paradise surrounded by traditional villages worthy of a postcard, is a monastery famous for its incredible murals depicting different Biblical stories. After 500+ freezing winters and hot summers the color is still vibrant, a miracle in itself! The entire experience is worth the journey to reach it.

Have you been lucky enough to travel in Romania? Did you feel safe while you were there? Do you have any tips for traveling in the country or places tourists should definitely check out that didn’t make this article? Let us know in the comments, we love hearing other people’s suggestions!

Love Science? 18 Places You Have to See in London

How Much Money Do You Need Per Day In Iceland? [Tips For Your Travel]