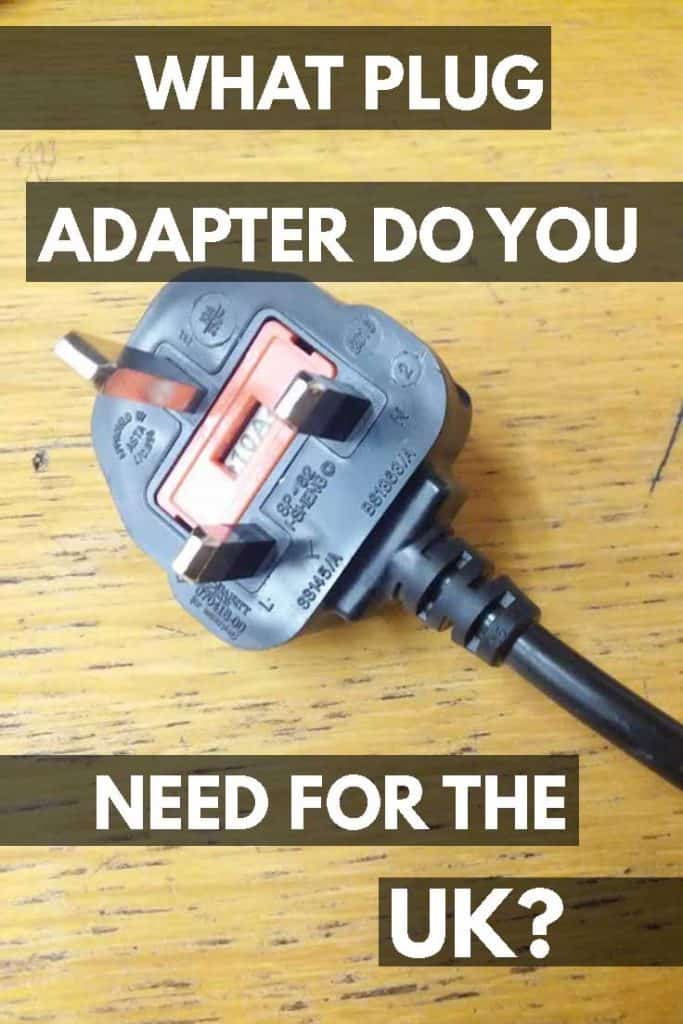 Traveling to the UK and bringing along your appliances and gadgets? Wondering whether or not you can just plug them in? Here's a detailed guide I prepared based on my own experience traveling in the US and the UK, along with photos contributed by my brother who lives in England (thanks bro!)

If you're coming from the US or Canada to anywhere in the UK - England, Wales or Scotland - you need a plug adapter as well as a voltage converter. Your electric appliance simply won't fit into the UK sockets without the adapter, and if you get only an adapter, without the voltage converter, you could easily damage them.

I'll explain more about socket configuration and voltage issues further down the post. In case you're in a hurry, here's a quick link to the kind of device that you need to order from Amazon. This is what it looks like (you can click on the image too to get to the Amazon page) -

That's an adapter and converter in one. It offers two American-shaped sockets, as well as four USB sockets, allowing you to get electric juice going into up to six appliances in total. It covers you, for any kind of electric appliance or gadget you're bringing over from the US or Canada.

It comes with three plug adapters that have you covered in the UK and elsewhere in Europe (as well as a few other countries).

Why do you need both a voltage converter and a plug adapter?

I'm not a physicist, so I'll try and explain this to the best of my ability. I've tried to explain the concept in my post about which plug adapter you need when visiting Israel. The same concept, so if you're not sure, you can check out that post as well.

Electricity gets pushed out of the grid and into appliances that we plug into sockets. Voltage is the pressure in which the electrons get pushed out into our appliances. Imagine you were pumping water into electric gadgets, instead of electricity. Voltage would represent how hard you're pushing the water in.

Here's a video explaining what voltage is -

Clearly, electric items need to be prepared to take in whatever pressure you're pushing through. Otherwise, they get too much electricity flowing through their circuits all at once and that's not good. It literally burns them up on the inside if it goes on for too long.

The standard voltage in the US is 110v. So, all of the appliances sold in the US and Canada are set up to take just that kind of voltage- and no more.

In the UK, the standard voltage is 230v. At least, that's the official number. In reality, it's 240v which is what it used to be before Britain joined the EU. The EU had 220v and the UK has 240v so they compromised on a unified standard of 230v. I don't think that has changed since Brexit.

How important is it to stick to the right voltage?

Most electric appliances and gadgets have some room for maneuver. If they're set up for 240v, they should do ok with 220v and vice versa. However, that range is usually limited. And a standard 110v made-in-the-us hairdryer won't be able to withstand 220 volts for long.

There are exceptions. For example, modern laptops are usually set up to take in anything from 100v to 240 volts. Which makes sense. People travel with laptops all over the world and would get pretty upset if laptops died on them just because they forgot to use a converter. The same is true of many phone chargers.

If you're traveling to the UK with a very limited set of gadgets, you may be able to get on just fine without a voltage converter. If all you need is to charge your laptop and phone, for example. Make sure you check the exact voltage that your laptop and phone charger can accept and see if 240v is indeed within their range.

If you're going to bring along a hairdryer, electric shaver or similar appliances, you will be needing a converter that will take that 240 volts coming out of UK sockets and adjust the pressure to 110 volts.

So much for voltage and converters. Now to the part you're definitely going to need: the plug adapter.

You don't need to understand much about electricity when it comes to plug adapters. It's simple. The UK plugs and sockets simply have a different shape than those you're used to in the US. They have three pins that are arranged differently.

This is what a UK socket usually looks like - 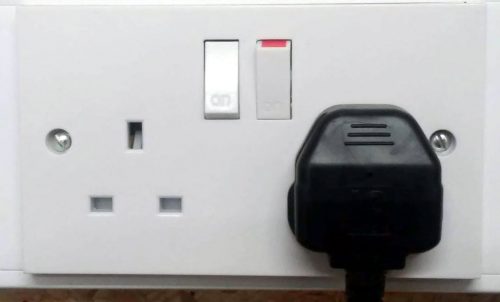 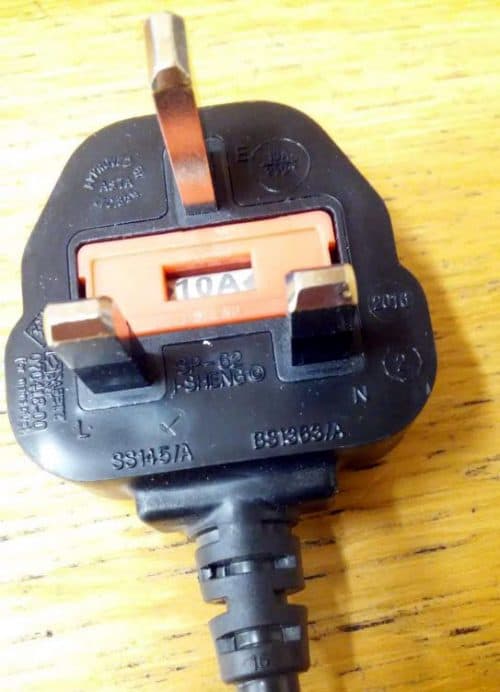 As you can see, it's shaped differently from the American equivalent. Forget about voltage issues, if you try to push a US plug into a British socket, you won't get very far. It just won't fit.

Fortunately, there's a quick fix for that. A simple plug adapter is all you need.

So, if you're only going to charge a laptop and a phone, with chargers that are suitable to use with 240 volts, this is the only item you need to buy (Amazon link) -

Just remember - this is not a voltage converter! It won't do if you need to use a hairdryer or other appliances that only work on 1100 volts!

So what do you actually need to buy for your UK trip?

So, this is what it all boils down to.

Make a list of all the electric appliances and gadgets you'll be taking with you.

Check to see what their voltage requirements are. Expect laptops and phone chargers to be fine with 240 volts but do check.

Do you have any items that are limited to 110 volts?

Then get this voltage converter and plug adapter in one:

Are all of your items ok with 240 volts?

Then just buy this plug adapter and you're done.

That's it! I hope you found this post helpful! If you did, please share it around with fellow travelers! And enjoy your UK holiday!

Will My Phone GPS Work In Iceland?

Can I Drive In Iceland With A US License?