The Banana River in Florida is known for its array of marine life. However, are there sharks or alligators in the Banana River? Let's take a look before you go.

The Banana River does have alligators inhabiting the waters. In addition, there is a population of bull sharks that have been found there as well. When visiting the Banana River, sightseers can also capture moments of manatees, terrapin turtles, birds, and even dolphins.

By the way, assuming you are in fact looking for alligator-spotting information, make sure to visit our ultimate guide for finding alligators in central Florida.

Is There A Population Of Sharks Or Alligators In The Banana River?

The Banana River does have alligators inhabiting the waters. In addition, a population of bull sharks has been found in the Banana River.

While there are mixed reviews on whether or not you can swim in the Banana River, it is generally advised against it. One reason is due to the wildlife that inhabits it.

Another reason is due to the smell of rotting seagrass. The seagrass in the Banana River is vital to the ecosystem but can release a hydrogen sulfide gas when it decays. Due to this, it may not be a pleasant smell while swimming.

In addition, there are reports of sewage spills in the Banana River. These spills can contain harmful bacteria that may make you sick if you come in contact with it.

In addition, to the alligator and bull shark population, the Banana River is also home to manatees, terrapin turtles, birds, stingrays, and even dolphins.

So while it may not be an ideal swim spot, the animal life makes it worth a visit for animal enthusiasts. 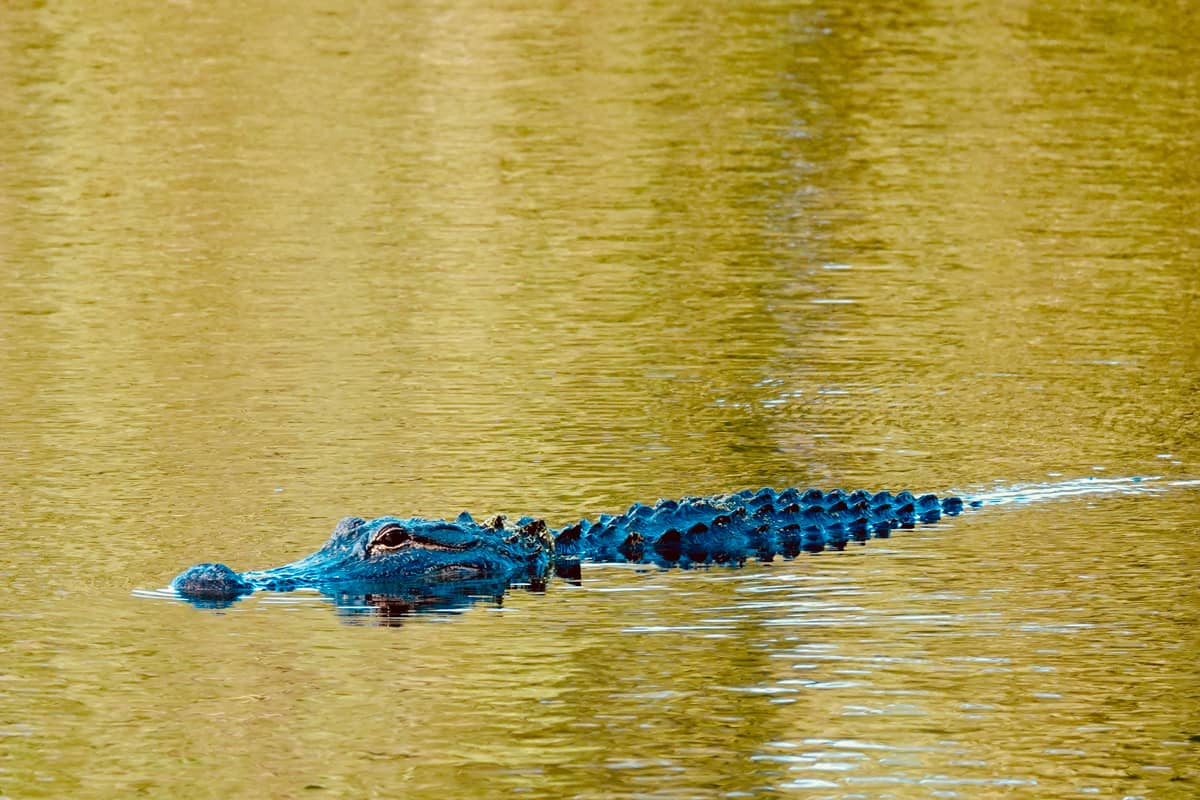 Can You Swim Where There Are Alligators?

While locals and even tourists still do it, swimming in areas where alligators are present is not advised.

Alligators are apex predators and can be dangerous to humans. In addition, alligators are often hard to spot in the water, making them even more dangerous.

In addition, swimming usually means splashing in the water, which means you are more likely to attract an alligator's attention.

If you must swim in areas where there are alligators, make sure to do so in a group and make as little noise as possible. In addition, avoid swimming at night or in murky water where alligators are hard to spot.

Lastly, always watch for alligators and be prepared to get out of the water if one is spotted.

What Are The Best Times To See Alligators?

Alligators are most active at dusk and night, so those are the best times to see them.

However, they can also be seen during the day, especially if the weather is warm. Alligators will bask in the sun to regulate their body temperature.

During the winter, alligators will go into a brumation state, similar to hibernation. During this time, they will bury themselves in the mud at the bottom of the river and remain inactive for months.

Since bull sharks typically inhabit shallow waters like the Banana River, they can pose a threat to humans.

Bull sharks are one of the most aggressive sharks and have been known to attack humans. In addition, bull sharks are often hard to spot in the water, which can make them even more dangerous.

However, attacks by bull sharks are relatively rare, but that doesn't mean they can't happen. 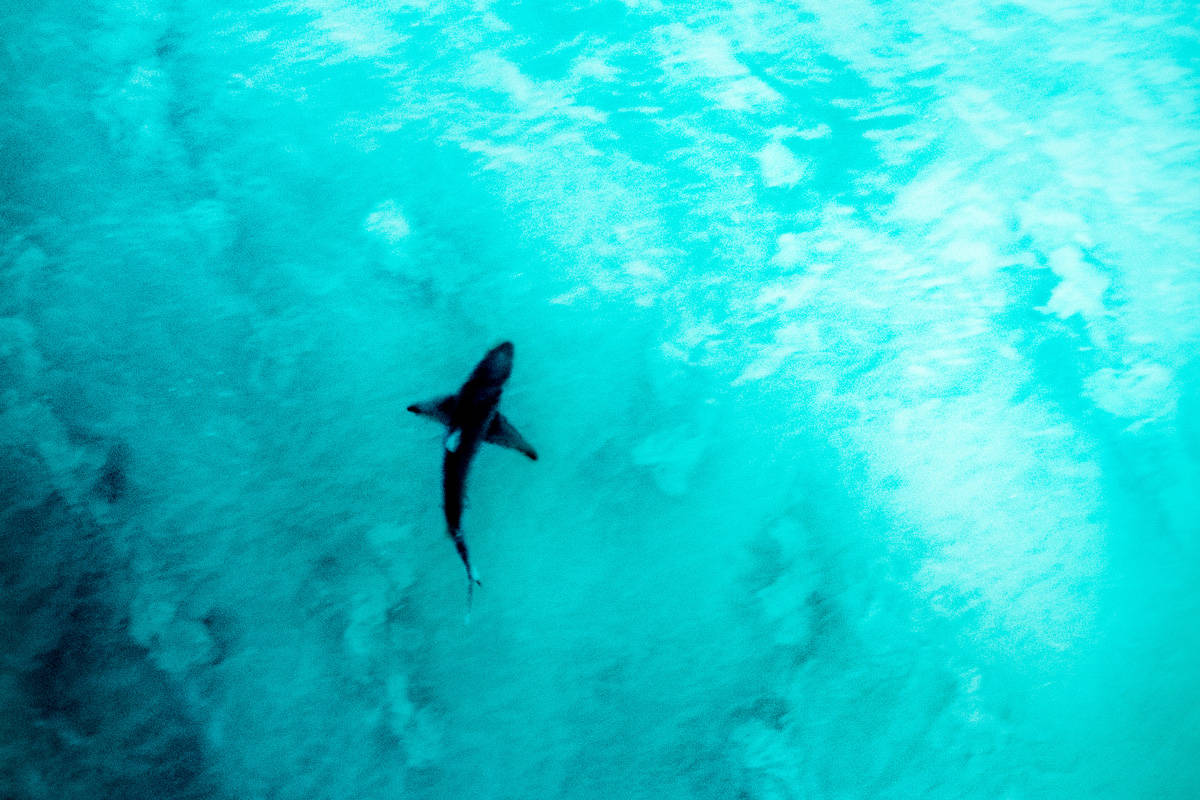 How Deep Is The Banana River?

The Banana River is a shallow lagoon with an average depth of four feet. You will find salt marshes, seagrass beds, and mangrove forests if you go there.

In addition to being shallow, the Banana River is the smallest lagoon in the Indian River Lagoon system. The total acreage is 30,000 acres, and while that seems like a lot, it is pretty small compared to the other lagoons in the system.

The shallow depth and small size make the Banana River a unique ecosystem. The conditions are perfect for seagrass to grow, which is vital to the lagoon's health.

Can You Eat Fish From The Banana River?

You can eat fish from the Banana River if you cook it properly. There are many sought-after species for anglers, such as snook, tarpon, redfish, seatrout, and flounder.

So if you want to do some fishing while in the area, the Banana River is a great spot. Just be sure to clean and cook your fish correctly before eating.

However, staters should check the rules and regulations before fishing in Florida waters. Each state has different laws, so it is always best to check before you start fishing.

Why Is It Called The Banana River?

Before then, the Banana River was inhabited by Native American tribes. It wasn't until European settlers arrived in the area that it was given the name Banana River.

Can You Take Boat Tours On The Banana River?

One of the best ways to experience the Banana River is to take a boat tour. There are many different boat tours available, so you can choose the one that best suits your needs.

Boat tours with a local expert allow you to learn about the history and ecology of the Banana River. You can also go on a tour that focuses on bird watching or fishing.

You can see dolphins and manatees in their natural habitat during the boat tour. You may even see an alligator or two.

Lastly, the Banana River has the largest pelican rookery in North America. So if you are a bird lover, this is the place for you.

What Is The Best Time To Visit The Banana River?

The best time to visit the Banana River is from October to May. This is the dry season in Florida, so the weather is more pleasant, and there are fewer mosquitoes.

In addition, the weather isn't nearly as humid, so you can enjoy being outdoors without feeling too uncomfortable.

If you can make it, April and May offer the best weather. This is when the winter cold fronts are coming through, but spring blooms are beginning to appear.

During these months, you can enjoy other activities such as golfing, biking, and hiking. So if you are looking for a place to escape the cold winter months, the Banana River is a great option.

Are There Crabs In The Banana River?

There is a healthy population of blue crabs in the Banana River. These crabs are an essential part of the food chain and help to keep the lagoon clean.

You can harvest crabs for bait or eat with a valid saltwater fishing license. Just be sure to follow the rules and regulations set forth by the state of Florida.

Before harvesting crabs, it is also a good idea to check the local conditions. This will help you to avoid overharvesting and harming the population.

What Is The Water Temperature In The Banana River?

Technically being a lagoon, the water doesn't have a fast current, so the water temperature is usually pretty stable. However, the water can get up to 86 degrees Fahrenheit in the summer months. 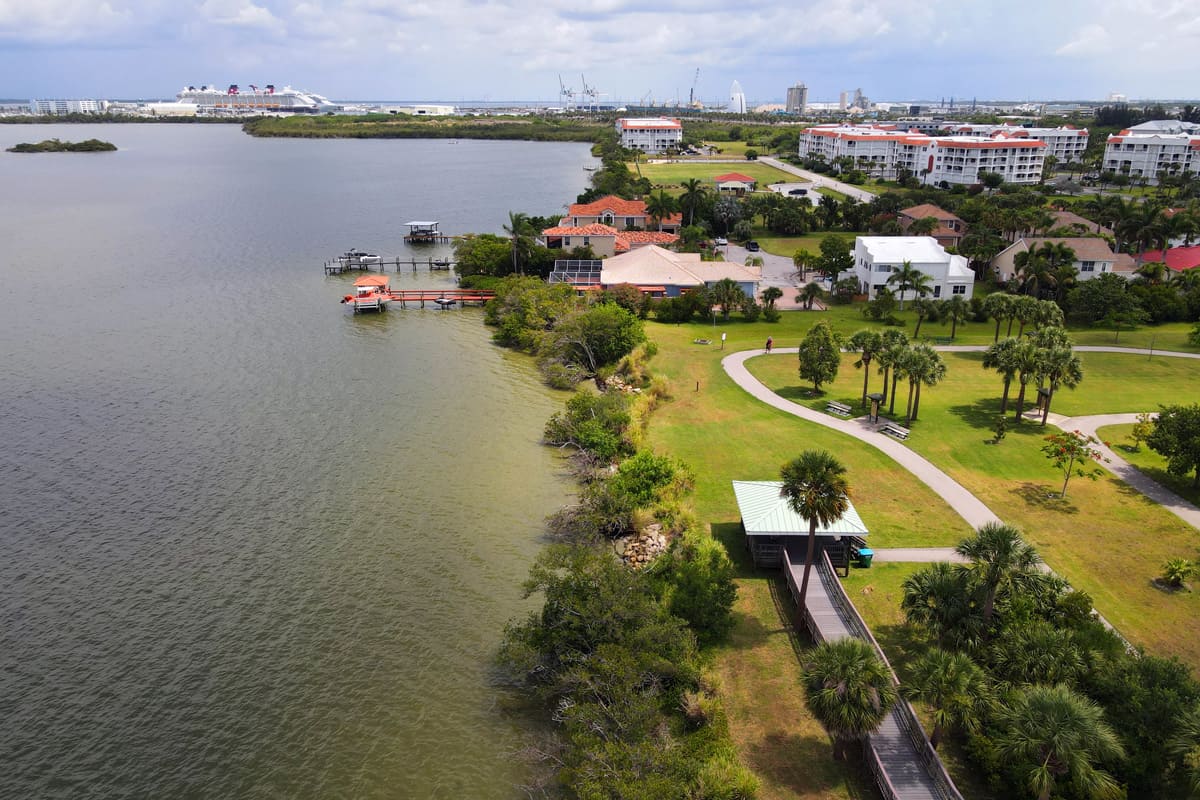 As you can see, the Banana River plays a significant role in the ecology of Florida. It is home to many different species of animals, and it is a great place to fish.

The Banana River is an excellent option if you want a place to enjoy the outdoors. Just be sure to check the rules and regulations before you visit to have a safe and enjoyable experience.

Made it to the end? Here are other articles you might enjoy:

What To Do At The Gulf Islands National Seashore

Can You Swim In Florida In the Wintertime?